Rob McElhenney and Charlie Day, two of the creators, writers and stars of one of the best television comedies of all time, It's Always Sunny in Philadelphia, are embarking on a new series that will air on Apple's upcoming streaming service. 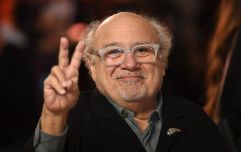 END_OF_DOCUMENT_TOKEN_TO_BE_REPLACED

The yet unnamed show will centre around a video game development studio and will feature a cast led by Oscar winner F. Murray Abraham and Rob McElhenney himself.

Abraham won an Academy Award for his portrayal of composer Antonio Salieri in the 1984 film Amadeus and will be joined by David Hornsby, Imani Hakim, Ashly Burch, Danny Pudi, and Charlotte Nicado.

Day and McElhenney are writing and producing the show, their only joint venture to date other than It's Always Sunny.

Abraham will play C.W. Longbottom, a seasoned writer who works at the studio. Nicdao plays Poppy, the lead engineer at the studio. Hornsby is David, a hapless, emasculated producer. Pudi portrays Brad, an alpha male who works in the monetization department at the studio. Burch plays Rachel, who feels undervalued in her role as a game tester. Hakim is Dana, a sweet and studious game tester who loves nothing more than gaming. Ennis portrays Jo, David’s over-eager assistant. McElhenney plays Ian, the Creative Director in the series.

The launch date of Apple's new streaming service, set to rival Netflix and Amazon Prime Video, is still up in air, but reports indicate that the service could launch as early as mid-April.

To end, and for no other reason that to demonstrate their shared comedic genius, here's one of my all-time favourite Sunny scenes: Mac and Charle in their promo video for 'Fight Milk', the first alcoholic, dairy-based protein drink for bodyguards, by bodyguards. CAW!