With gun crime on the rise in America, and President Obama speaking out about the lax gun laws, a group of rappers are hoping to change attitudes.

Chicago in particular has seen a huge rise in armed assaults. In 2015, the number of gun-related crimes in the city currently exceeds 2,300 and counting - more than New York and Los Angeles combined. 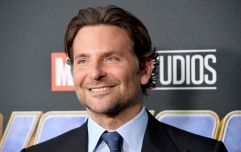 END_OF_DOCUMENT_TOKEN_TO_BE_REPLACED

As well as an unwanted reputation for gun crime, the Windy City is also famous for its hip hop heritage, and one of their most famous sons Common has combined with other local rappers to produce a powerful video condemning the proliferation of deadly weapons.

'Put The Guns Down' features artists rapping about the victims of gun violence, along with images of mourning relatives. It is part of the Music Versus Gun Violence initiative, led by non-profit organisation Chicago Ideas.

You can learn more at: www.musicvsgunviolence.com.

popular
Incredible case of the only known individual whose parents were two different species
Jurgen Klopp reacted like everyone else to Darwin Nunez headbutt red card
Man, 27, who is engaged to great-great-grandmother, 74, slams critics of his 'perfect' relationship
Bulgarian mystic who correctly predicted Princess Diana’s death and 9/11 sees 2022 prophecy come true
Landlord faces £40k fine after tenant puts swimming pool on roof of flats
Angry woman confronts blind man at gym and accuses him of starting at her
Moment Jake Paul ends up in dramatic fight with YouTuber in club
You may also like
Politics
Sarah Palin 'Zoom bombed' by drawing of giant penis
News
Emergency service workers took photographs of Kobe Bryant’s body 'for a laugh’
News
Alex Jones may only pay fraction of $49m defamation damages thanks to Texas law
News
McDonald's worker shot dead after serving customer cold fries
News
Alex Jones ordered to pay more than $4m in damages for Sandy Hook hoax claims
Next Page