With no football on, we have found other ways to occupy ourselves

It is currently day 1,321,542 without football and we are starting to forget what an actual football looks like. 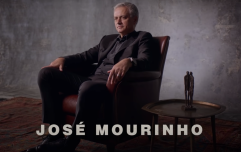 Netflix has just released a must watch Jose Mourinho documentary

END_OF_DOCUMENT_TOKEN_TO_BE_REPLACED

Of course, it is not that long, and in truth pales in comparison to the real issues happening around us, but if there was ever a time we could do with the escapism of the sport it is now.

But things aren't changing for a while, so we have decided to think outside of the box and devise new, twisted ways to entertain ourselves. Somewhere along the line, we settled on creating a number of football managers and placing them in The Sims.

We've all played the game at some point - either when it originally came out and you'd have to compete with your mother for a place at the computer - or in more recent years.

You've likely never played it like this though. We placed Jurgen Klopp, Big Sam Allardyce, David Moyes, Jose Mourinho and Ole Gunnar Solskjaer all in a single house to see how they got on together. It was total carnage.

"Solskjaer just walked in on Big Sam having a sh**e."

We put four football managers into The Sims and it was pure carnage 😳 pic.twitter.com/0fxfe5kvZ2