The Rock has already voiced his displeasure

Prince William has been named the "world's sexiest bald man", according to a new study commissioned by a team of cosmetic surgery specialists using Google.

END_OF_DOCUMENT_TOKEN_TO_BE_REPLACED

According to reports, experts from Longevita conducted the study by searching for how many times William had been referred to as "sexy" in articles posted online.

The study discovered that Prince William had been called "sexy" some 17.6 million times, more than any other bald man on the planet.

Understandably, this sent shockwaves throughout the bald community.

Dwayne 'The Rock' Johnson voiced his displeasure on Twitter, as did actor and comedian Matt Lucas.

How in the cinnamon toast f*ck does this happen - when Larry David clearly has a pulse?!?!#demandingrecount ☑️😊 https://t.co/ztO6ND4vk9

The Rock asked: "How in the cinnamon toast f*ck does this happen - when Larry David clearly has a pulse?!?! #demandingrecount." 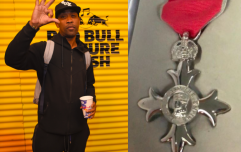 END_OF_DOCUMENT_TOKEN_TO_BE_REPLACED

Matt Lucas said he was taking the study's findings "personally".

Others were confused as to why Pitbull and Celtic captain Scott Brown didn't make the cut.

Another individual who will likely consider themselves unfortunate not to have made the list is Tyson Fury. 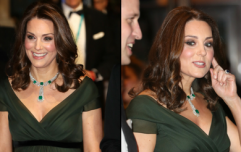 END_OF_DOCUMENT_TOKEN_TO_BE_REPLACED

"I used to have a lion's mane of hair but lost it all. Did it affect me? Nah. Did I let it get me down? Nope. Use it as a positive - you don't have to get it cut all the time.

"It's a sign of getting older, innit? Some people lose their hair, some people don't."

If you are going bald, Tyson Fury said you shouldn't let it get you down.

"Embrace being bald," he said.

"Don't be in denial. Shave it off if it looks a mess. Get rid of it. Grow a beard, get some facial hair going. That's what I did, I've got the upside down haircut!"