Relax, it's the final series. It'll all be a distant memory soon enough :)

Big Brother is back and has brought with it a new crop of future Instagram #sponcon legends into our dull and meaningless lives. 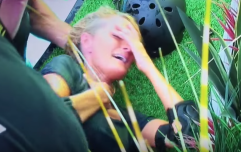 END_OF_DOCUMENT_TOKEN_TO_BE_REPLACED

As with every series, the promo photographs have emerged and they are nothing short of spectacular, if your definition of spectacular is incorrect.

So telling are these images, it's actually possible to predict who will be crowned this year's eventual winner.

With all the conviction of someone that has known about their surprise birthday party for two weeks and now has to feign shock at discovering their closest friends and family all waiting for them at the back of a restaurant, Anamélia isn't exactly crushing the promo photo. She's worried about the bathroom situation in the house. "Will the microphones pick up the sound of a poop plopping into the toilet bowl?", she's thinking. Rather than exuding confidence, she's opted for surprise, thinking it will play out well when she wins. But it won't, because she won't.

If this was an advertisement to highlight the importance of not forgetting to moisturise your hands, Isaac is absolutely crushing it. His eyes look concerned that his hands aren't receiving enough hydration, his shoulders are tense and fraught with worry. He normally moisturises everywhere, but then he has to wash his hands afterwards, otherwise they'll be too greasy for everyday life. A fast-drying hand cream is the only solution, which Isaac is conveniently here to tell you all about, champ. 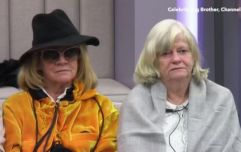 END_OF_DOCUMENT_TOKEN_TO_BE_REPLACED

Midway through a rendition of 'I'm A Little Teapot', Zoe has forgotten that she's getting press photographs taken for Big Brother, not CBeebies. While nailing one's angle is always important, there is such a thing as over-rotation, which Zoe has fallen victim to in the pose seen above. Her neck is at an unnatural angle, meaning she's left herself extremely susceptible to developing a crick. A future Big Brother winner wouldn't need that level of conviction. Their confidence would bypass such desperation to nail the perfect camera angle.

Another victim of neck over-rotation, Sîan is compensating for something. It's unclear as yet, but likely that her insecurities will seep out during her time in the Big Brother house. Perhaps she puts too much milk in her tea, thereby exposing herself as a weak species of human. One of her eyes is slightly more open than the other, which suggests superior knowledge. Has Sîan already placed a bet on her BB fate? Is she going to deliberately throw the competition to cash out at the bookies? Idk, prolly.

Cameron has accidentally submitted the photograph from his sixth form yearbook, in which he boasts about his proficiency on the debate team and fondness for reading. Eight people signed his yearbook, with messages ranging from "Who?" to "Best of luck, loser", but despite such a severe and public bodying, Cameron remains a confident and vibrant young man. When he turns 12 years of age, he will celebrate with a Disney Cars themed birthday party and later vomit due to his over-consumption of cake. This will be the only ever image of him to circulate the internet.

Nobody should be smiling this sincerely about going into the Big Brother house, not even Tomasz. Sure, maybe ten years ago when the show was in its prime, but things have changed now. People have moved on. Love Island is the only thing that truly matters and Tomasz' smile proves it. That's the kind of smile you flash when a co-worker deliberately makes your coffee wrong and claims it was an innocent mistake. Tomasz is up to something, perhaps it is us who are being trolled. We are merely willing pawns in Tomasz's sick game.

Unless this is an advertisement for the subtleties of invisible braces, Kenaley has gone a bit hard with the above pose. It's nice to see teeth in a smile, but she's displaying every single one, perhaps even a hint of tonsil at the back and it's frightening. A future Big Brother winner wouldn't give away all their gnashers in a promo photograph, they'd strategically keep a few hidden and negotiate a tidy deal with Hello Magazine for a three-page spread upon leaving the house. This is amateur behaviour.

Something funny, Brooke? Your chances of winning Big Brother 2018, perhaps? If you can't take something as innocuous as a photo shoot seriously, it doesn't bode well for your time in the Big Brother house, unfortunately. While it's a very relaxed competition, it still needs to be taken seriously. This is not the pose of someone that's going to eat, sleep, breathe, drink and argue victory from the clutches of an undeserving party. This is the pose of a girl that's happy with her mobile data at present, but open to cheaper negotiations down the line.

We see another laughing Larry here, allowing his chances of victory to crumble right in front of his jazzy blazer's metaphorical eyes. Lewis is a magician promoting his upcoming show which combines both magic and the art of misdirection in the above image, not convincing us of his likelihood to win Big Brother 2018. That's the smile of a man that can be sawed in half and then put back together with the help of the magic word (the word is Aardvark), not someone that will win a reality television competition and subsequently be forgotten about within a fortnight. There's usually slightly more teeth in those images.

This man is going to show you to the best table this restaurant has to offer and at no extra charge, if you can even believe it. He's going to get you sorted with some menus in just a second, but first needs to know if you fancy some water for the table to start. Excellent, still or sparkling? Lovely jubbly. Once you've been seated and gotten your coats expertly flung into the cloakroom, he's got enough cheeky banter to ensure a hefty 15% tip added onto the bill at the end of your meal. Enjoy!

Hey look, it's your friend's cousin who always appears on nights out despite nobody inviting him. There's rumours going around that he's got some kind of tracking app installed on his cousin's phone so that he can join in the fun at all times and by all accounts, the suspicions add up. There's an over-familiarity in this pose, one that suggests he's seen you at your worst and won't hesitate to use it against you in a court of law, but only if absolutely necessary. Jazzy shirt though, credit where it's due.

Finally, we're getting somewhere. Kay has a playful pose, one that emits the confidence of a second place finish in Big Brother 2018. Where her fellow contestants have failed, she's got the wherewithal to conceal some teeth for private and even kept her accessories to a minimum. Where Kay falls down is in her expression. Would she look out of place on a leaflet boasting the advantages of vitamin supplements? No. Would she look out of place winning Big Brother 2018? Yes. She needs more vitamins first.

Show me a more deserving promo photograph for a Big Brother winner and I will show you the door to leave because liars are not allowed in here. Akeem has absolutely crushed the photo shoot and proven beyond reasonable doubt that he will be emerging victorious in this year's competition. His hands are hidden because he is holding the metaphorical winner's trophy. His shirt is creased from all the congratulatory hugs he will be receiving. His eyes look tired because he has been preemptively partying all night in celebration. He is brimming with confidence and victory. "Akeem. I saw. I conquered", he's thinking.

popular
West Ham fan's laughable attempt to prove Edinson Cavani was offside goes viral
Drivers need to be aware of change to roundabout rules from next week
A definitive ranking of every swear word from worst to best
Elon Musk and Jeff Bezos lose billions as tech stocks and crypto plummet
Teen gets USB cable stuck in penis during experiment 'to work out how big' it is
Non-league footballer Christian Rowe dies aged 19
UK's most dangerous prisoner begged for a pet in prison 'and promised not to eat it'
You may also like
News
Police find 48TB of 'mostly adult' material in Shilpa Shetty's home after husband's arrest
Quiz
QUIZ: Can you remember the names of these Big Brother housemates?
News
Data released by fitness app accidentally reveals outlines of secret US military bases
Entertainment
Lotan from Big Brother has revealed that there was more to his departure than you think
Entertainment
I watched an episode of Big Brother and these are my findings about humanity
Next Page