And we thought Theresa May was bad.

Piers Morgan has made an announcement nobody wanted to hear, saying Theresa May's 'shambolic' cabinet reshuffle has made him consider a move into politics.

The ham faced presenter declared he would do a better job of running the country and joked that he hoped  Good Morning Britain viewers would lend him their vote.

He the described the decision by two key members of the cabinet - Priti Patel and Justine Greening - not to take new jobs offered by the Prime Minister as 'shambolic', and added that maybe he should have a go instead.

I'll admit...Prime Minister's Questions would be must watch television! I watch them every week from across the pond as it is. @piersmorgan is kind of perfect for that actually. 🇺🇸🇬🇧 https://t.co/Qrtma4JDXu

With Piers Morgan aspirations to be a baron and Suzanna talking about not wanting to be a prime minister, I think i need a couple of aspirin and a lie down!! 😊 @GMB @piersmorgan @susannareid100 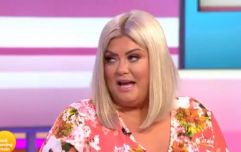 Gemma Collins offers to help Theresa May with Brexit

END_OF_DOCUMENT_TOKEN_TO_BE_REPLACED

He said: "After yesterday's shambolic reshuffle... Would you feel happier with Theresa May [in charge]?

"Or would you like to see me have a go?

"Man up or not man up? Someone who would come into work on their deathbed.

"Someone who would not hesitate to sack all their colleagues if it made me and the country look better."

Should @piersmorgan replace Theresa May as prime minister?

Worryingly, a Twitter poll by Good Morning Britain appears to indicate a public appetite for the 52-year-old former newspaper editor to take the reigns of the country.

Let's just hope it's not indicative of any wider attitudes.