PIC: Snoop Dogg has found himself another football team to support

America may seem like latecomers to the football party, but the nation is clearly learning to love The Beautiful Game.

After their men put in an impressive performance in the Brazilian World Cup in 2014, their women became world champions earlier this year. 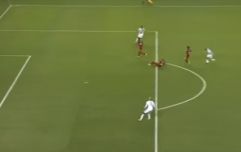 END_OF_DOCUMENT_TOKEN_TO_BE_REPLACED

Major League Soccer also goes from strength to strength with the emergence of new teams and growing viewing figures across the planet.

Now, it seems that even high profile celebrities are getting behind the various teams. Snoop Dogg appears to have turned his back on his California roots and nailed his colours to the New York City FC mast as he posed with this signed David Villa shirt on the club's Twitter page.

But let's not get too carried away. Snoop's got history for this sort of thing...

He's yet to be seen at Carrow Road this season.