You don't mess with The Shelbys

A Peaky Blinders themed bar in Manchester has been hit with legal action from the producers of the hit BBC show. 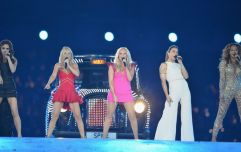 END_OF_DOCUMENT_TOKEN_TO_BE_REPLACED

The bar opened in December, and is decorated with images from the show. Staff are dressed in Peaky Blinders style outfits, and the venue is decked out with 1920s decor including chandeliers and gold ceilings. The bar's website promises beer, live music, cocktails and dim sum.

But the bar has now received warnings from producers Caryn Mandabach Productions and Tiger Aspect Productions, saying it has "no authorisation" to align itself to the show.

"The bar has no authorisation to use the Peaky Blinders television brand, and in line with our strategy to manage such infringements, the owners have been contacted with a legal notice to cease and desist," say the producers.

"We work hard to protect the quality and authenticity of the Peaky Blinders brand and work only with approved partners to ensure that the show's dedicated fanbase receive quality experiences and products befitting the high standards of the show."

The bar's owners have apologised, and say they are in discussions to keep the producers happy.

They said in a statement: "We are a fan-based theme bar from the 1920s era. We base ourselves on the Peaky Blinders tradition of community spirit and togetherness with a feel good factor. We are trying to create that image and that image only.

"If we have offended anybody, that is not intended, and for that we apologise.

"We enjoy the Peaky Blinders series as fans and do not in any way intend on portraying ourselves as being affiliated with the show or Tiger Aspect Productions. We're just fans of the past and present."

According to BBC News, Caryn Mandabach Productions have trademarked the phrase 'Peaky Blinders' in relation to TV shows and media - but an application for the trademark for use to do with food and drink services was refused by the Intellectual Property Office.

popular
Uefa to investigate Manuel Neuer over rainbow armband
A definitive ranking of every swear word from worst to best
This is the hardest Pokémon quiz you'll ever take
G7 summit was super spreader event for Cornwall as cases rise 2,450%
England and Scotland fans flimed fighting after "we hate Scotland" chants
Find out where you rank in the world for penis size
Didi Hamann says Ronaldo looks "a fool" after needless showboating against Germany
You may also like
Life
Thunderstorm and flood warning across Britain for later this week
Life
Greater Manchester's new police chief "absolutely would not" take the knee
News
Patients waiting up to 10 hours in Manchester hospital as A&E struggles with 'significant' numbers
News
Landlord to be deported because his pub doesn't make enough money
News
Sergio Aguero gives his car away to Man City kit man in emotional clip
Next Page