Movies based on toys tend not to be any good. Transformers is awful. Battleship is somehow even worse. Can you even realistically base a film on a board game that has no characters apart from two boats? 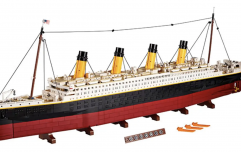 The Lego Titanic is the largest ever set with 9,090 pieces - and it splits into sections

END_OF_DOCUMENT_TOKEN_TO_BE_REPLACED

As it happens, The LEGO Movie turned out to be one of the funniest films of 2014. It didn't have to be. LEGO could have just made a load of money, but instead decided to make a cracking film while they were at it.

Then came the equally enjoyable The LEGO Batman Movie and the slightly ehh The LEGO Ninjago Movie. And now we've come back around to the sequel to The LEGO Movie, entitled The LEGO Movie 2: The Second Part.

A new trailer dropped today. Here is that trailer. Watch it, with your eyes, and enjoy, with your brain. 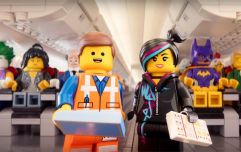 END_OF_DOCUMENT_TOKEN_TO_BE_REPLACED

Though it's not directed by ace directing duo Phil Lord and Christopher Miller, the pair have written the script. The film is directed by Mike Mitchell and Trisha Gum.

The LEGO Movie 2: The Second Part is scheduled for release in February 2019.

popular
Travis Barker’s daughter shares picture of Blink-182 star in hospital bed - tells fans to ‘send your prayers’
Bette Midler wants the US to ban Viagra because it’s ‘God’s will’ to have a ‘limp d**k’
July heatwave: When to expect hot weather and how long it will last
British teen says she was raped in Majorca hotel by 'famous actor and musician'
Fans shocked after Machine Gun Kelly smashes glass on his face during performance
Police hunt for two 'laughing' men who kissed three-year-old girl in front of distressed mum
R Kelly will probably die behind bars after being handed 30 year prison sentence
You may also like
Life
Specially-made LEGO of Zelenskyy and Molotov cocktails raise money for Ukraine
News
Lego to remove gender bias from its toys after child survey
Life
Lego to launch first rainbow-themed LGBTQ+ set
Sport
Child brilliantly recreates Borussia Dortmund stadium out of lego
News
Anti-LEGO slippers are here to save your feet from further torture
Next Page