Fancy a weekend on the sofa? Well, Netflix have you sorted because they've added a host of new titles that should please everyone.

There's a new superhero show, an excellent Louis Theroux documentary, some comedy classics, and a few other gems.

Here are some of the titles that grabbed us.

Plot: On the same day in 1989, 43 infants are inexplicably born to random, unconnected women who showed no signs of pregnancy the day before.

Seven are adopted by Sir Reginald Hargreeves, a billionaire industrialist who creates The Umbrella Academy and prepares his "children" to save the world.


Watch it if you're in the mood for: A new superhero show that feels like a mix between Heroes and the cartoonish violence of Kick-Ass.

END_OF_DOCUMENT_TOKEN_TO_BE_REPLACED

Plot: An eight-part true crime anthology series based on the Los Angeles Times podcast of the same name.

This sexy, provocative and harrowing real-life thriller follows the true events of an online dating relationship turned dangerous that rocked headlines and shocked the world.

Watch it if you're in the mood for: Something that feels like a hybrid of You and the true crime documentaries that have so many of us addicted.


Plot: In every episode, one single person goes on five first dates that are filled with flirty banter, awkward exchanges and moments of true connection. Who will get a second date?

Watch it if you're in the mood for:  A dating show takes an honest and compelling look at the real world of dating.

Plot: It's the wedding of Jim and Michelle and the gathering of their families and friends, including Jim's old friends from high school and Michelle's little sister.

Watch it if you're in the mood for: Stifler eating shit. Stifler pretending to milk a cow. Stifler's dance-off. It's the Stifler show. 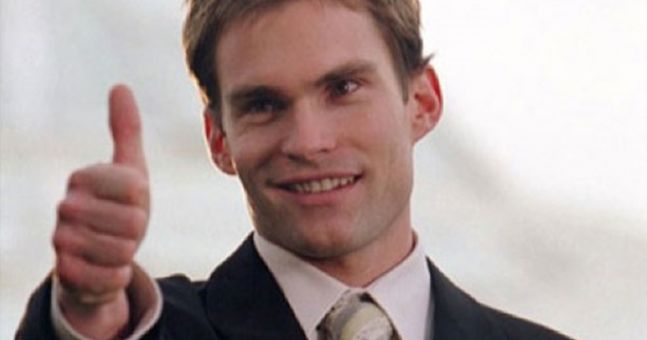 
Plot: Rowan Atkinson stars as Edmund Blackadder, a brilliant rogue who attempts to get rich while serving an assortment of boorish, idiotic monarchs.

Watch it if you're in the mood for: One of the cleverest comedies of all time.

END_OF_DOCUMENT_TOKEN_TO_BE_REPLACED

Plot: The story of how George Jung, along with the Medellín Cartel headed up by Pablo Escobar, established the American cocaine market in the 1970s in the United States.

Watch it if you're in the mood for: A reminder of just how good Johnny Depp can be.

Plot: One year after meeting, Tom proposes to his girlfriend, Violet, but unexpected events keep tripping them up as they look to walk down the aisle together.

Watch it if you're in the mood for: A genuinely decent rom-com. Emily Blunt - as usual - is great throughout. There's an excellent supporting cast too.

Plot: The mythical world starts a rebellion against humanity in order to rule the Earth, so Hellboy and his team must save the world from the rebellious creatures.

Watch it if you're in the mood for: It's Guillermo Del Toro, baby.

You know what you're going to get. Superb art design, creepy monsters, and offbeat action. Massive props for having the finale set at the Giants Causeway.

Plot: A fast-track lawyer can't lie for 24 hours due to his son's birthday wish after he disappoints his son for the last time.

Watch it if you're in the mood for: Pure nostalgia. Oh yeah, keep watching until the end to because the credits are a riot.

Plot: Louis spends time with the Milwaukee Police Department as they patrol District 5.

Watch it if you're in the mood for: It's Louis.You know what you're getting. 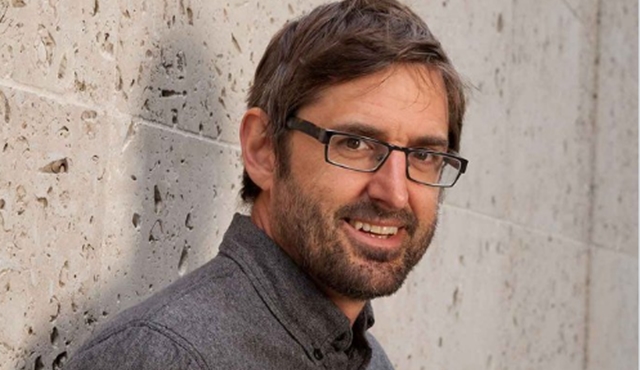 Plot: A young CIA agent is tasked with looking after a fugitive in a safe house. But when the safe house is attacked, he finds himself on the run with his charge.

Watch it if you're in the mood for: A perfectly fine actioner that's elevated by Denzel Washington.

Plot: Fifteen years ago, Mel and Jen discovered they were being two-timed by the same man. Bitter and cynical they became fast friends and formed The Breaker Upperers, a small-time business breaking up couples for cash.

Now they’re in their late-thirties and business is booming. They’re a platonic, co-dependent couple who keep their cynicism alive by not getting emotionally involved with anybody else. But when they run into an old victim, Mel develops a conscience and their friendship is truly put to the test.

Watch it if you're in the mood for: Taika Waititi produced this one and if you're a fan of his off the wall comedy, you'll dig it.


popular
Will Caroline Flack’s death change our online culture? | After Love Island
Can you learn BMX stunts from a pro in one afternoon?
Jenson Button on crashes, his Brawn fairytale and the rules of the road
Liquid Football: How fame can destroy a footballer's career
Football according to Big Sam Allardyce
Labour leadership contest: Who is Lisa Nandy?

You may also like
Quiz
QUIZ: How closely were you paying attention to GBBO 2019?
Entertainment
Personality Test: Which Succession character are you?
Entertainment
8 cringe moments from The Apprentice this week
Entertainment
Six things you might have missed during this week's GBBO
Entertainment
How does Footballers' Wives hold up in 2019, in light of recent events?
Next Page