Music To Live By: The hottest bands of 2016 tell JOE the soundtrack to their lives

How many of us already have our funeral song picked? Or a favourite album to f**k to?

Having a song for every mood on any occasion is a rite of passage for music fans.

Getting ready to go out, I'll stick on Missy Elliott. A wedding or a best mate's birthday - any night with the potential for things to get messy - and it'll be Beyonce. You know, in order to get really limber.

When I had my heart broken I might have played Kate Bush 'A Woman's Work' a thousand times over.

At my funeral, I'm torn between Neil Diamond's 'Girl, You'll Be A Woman Soon' or Rolling Stone's 'Paint It Black'.

Having sex it's Carly Simon's 'You're So Vain'. JOKES.

Anyway, we wanted to know what other people would pick as the soundtrack to their lives and spoke to a few of the new artists tipped for big things in 2016. 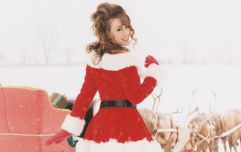 END_OF_DOCUMENT_TOKEN_TO_BE_REPLACED

Each week we'll feature a new artist and their exclusive 'Music To Live By' playlist as well as asking you, JOE readers, whose playlist you prefer.

It's a great chance to feature credible new music and get to know more about this year's upcoming artists.

First up is Blossoms, who have been likened to everyone from Arctic Monkeys to Abba.

Imagine a soundtrack Quentin Tarantino might use - cool hooks, pop-rock - and you'll be getting close to a five-piece from Stockport who are now on the road touring and living the dream.

The song you lose your sh*t to? 'Never Too Much' by Luther Vandross.

Said Blossoms: "You can't not move to this song."

"This one doesn't need any explaining."

A song you cry to? 'Moving On', James

"We were lucky enough to support them and we saw grown men and women crying on the front row."

How about a song Blossoms workout to? 'Gonna Fly Now', Bill Conti

And a song you fall asleep to? Claude Debussy, Claire De Lune

A song to stick on in the kitchen? 'Cooking up Something Good', Mac Demarco

Anything you've ever sent a loved one? 'We Are Never Ever Getting Back Together', Taylor Swift

A song you want played at your funeral? 'Whatever', Oasis

And finally, a song that always gets your back up? 'Moving To New York', The Wombats

Listen to the new single by Blossoms ‘At Most A Kiss’ below.

Next week it's the turn of brotherly duo from South London, Formation...