If you haven't seen the first season of the brilliant Mindhunter on Netflix, consider this to be your spoiler alert warning.

Again, get out while the case is still fresh. 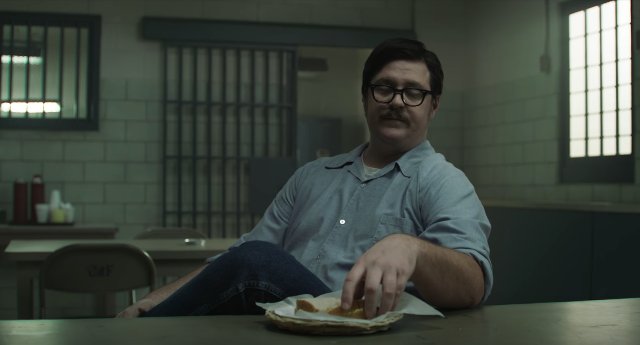 END_OF_DOCUMENT_TOKEN_TO_BE_REPLACED

Throughout the history of film and TV, great rivalries have frequently been defined by how much the characters have in common, not what sets them apart.

For example, that cafe scene in Heat outlined just how much Hanna (Pacino) and McCauley (De Niro) have in common - their professionalism, inability to make a serious commitment, drive and integrity - despite the fact that they're on the opposite sides of the law.

END_OF_DOCUMENT_TOKEN_TO_BE_REPLACED

On a similar note, The Joker spent the majority of The Dark Knight explaining why he's incredibly similar to Batman and this theme of 'blurring the boundaries between hero and villain' is prevalent throughout David Fincher's work.

In Se7en, John Doe admits that he's envious of Detective Mills' family life and as for Fight Club, well, that example is pretty obvious.

With regards to Mindhunter, plenty of people have speculated that the meticulous, calculating and serial killer-obsessed Holden Ford could actually end up being a serial killer.

Truth be told, you can kind of see it.

If Holden Ford doesn’t turn out to be a serial killer I’m gonna be hella disappointed. The set up is too perfect.

During a recent interview with  Vulture, Jonathan Groff (Holden Ford) gave his view on this popular theory.

"Everyone has said to me after they watch the show that they thought the character was a sociopath. And I had no idea! No idea... So many of my friends texted me, saying, 'OK, so when are you gonna start killing people?'

He adds: "I think the thing that they are aligning with... that I think is very similar, that we start to see more and more in our characters is this characteristic of narcissism and becoming self-obsessed."

While Ford might not be committing any murders in Season 2, it's clear that he's going to be very busy in the new episodes.

As stated previously, Fincher, Andrew Dominik (Chopper, The Assassination of Jesse James by the Coward Robert Ford) and Carl Franklin (House of Cards, Homeland) will be directing the series.

Regarding the plot, Fincher has previously said that the new season will focus on the infamous Atlanta child murders.

“Next year we’re looking at the Atlanta child murders, so we’ll have a lot more African-American music which will be nice. The music will evolve. It’s intended to support what’s happening with the show and for the show to evolve radically between seasons," he told Billboard last year.

popular
Fears surging covid cases could ruin summer holidays with return of tests and rules
Brit on holiday beaten with a brick by gang before being thrown in the sea unconscious
Men with ‘very large penises’ wanted for new documentary
Dad who ran off with Ukrainian refugee says couple are doing 'brilliantly' - but he can't see his kids
Teens are turning up to watch Minions in suits - and why cinemas have been forced to ban them
British schoolboy breaks internet after attending prom in sequined tuxedo ballgown
Premier League player arrested on suspicion of rape facing two more allegations
You may also like
News
Towie’s Yazmin Oukhellou and Jake McLean had ‘furious row in Turkish club’ minutes before horror crash, report claims
Entertainment
Old George Carlin routine resurfaces after US abortion ruling
Entertainment
Netflix CEO confirms adverts are coming to the service
Entertainment
Kit Harington ‘will be returning as Jon Snow’ for Game of Thrones sequel
Entertainment
Riverdale actor killed his mother so she didn't have to witness his plot to assassinate Justin Trudeau
Next Page