In an interview this morning on BBC Radio 4’s Today programme, the Environment Secretary said “winter is coming” if MPs reject the Prime Minister's deal.

END_OF_DOCUMENT_TOKEN_TO_BE_REPLACED

“I think if we don't vote for the Brexit deal tonight, in the words of Jon Snow, 'winter is coming',” Gove said.

"I think if we don't vote for the deal tonight we will do damage to our democracy by saying to people we are not going to implement a Brexit, and the opportunity that all of us have to live up to our democratic obligations is clear."

The phrase 'winter is coming' is the motto of House Stark in Game of Thrones, HBO's hugely successful show, which will begin its final season in April this year.

"The real danger is if people do not vote for the Government this evening, we face either a no-deal Brexit, with the short-term economic damage that would bring, or worse: no Brexit at all,” Gove said during the interview.

On Twitter, people were clearly unimpressed with Gove’s pop culture reference. Some individuals were ashamed of how ridiculous the Brexit debate has become. While others mocked Gove, even declaring he — like Jon Snow — "knows nothing."

Michael Gove, adapting John Snow, says “ If we don’t vote for the deal tonight, winter is coming”. It’s January, so in truth Spring is coming. The British Spring.

Michael Gove just told Radio 4 if MPs don't vote for the deal then "in the words of Jon Snow, winter is coming" if you want to know how batshit the senior cabinet is right now. 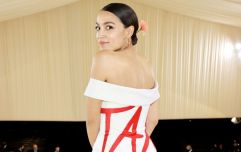 END_OF_DOCUMENT_TOKEN_TO_BE_REPLACED

Gove also defended the Irish backstop proposal likening it to the UK “cherry-picking” more positive aspects of EU membership without having to contribute funds to the organisation.

"I think the whole point about the backstop is that it's deeply uncomfortable for the EU”, Gove said.

May is expected to face a crushing defeat tonight on her Brexit deal as she failed to secure support from MPs on both sides of the house.

The UK is due to leave the European Union on March 29.