The first episode is set to air on 18 May

Actors Dominic Monaghan and Billy Boyd, who starred as Merry and Pippin in The Lord Of The Rings, are launching a new podcast where they will interview cast members and discuss filming the trilogy. 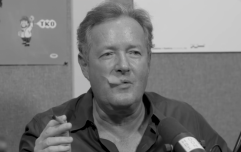 An intensive analysis of Piers Morgan smoking a joint

END_OF_DOCUMENT_TOKEN_TO_BE_REPLACED

Fans will no doubt be excited by the announcement of the podcast, with the first episode airing on 18 May.

The podcast, which has been named The Friendship Onion, will feature weekly episodes and will be available to access via Spotify, YouTube and Apple Podcasts.

The hobbits Merry and Pippin often provide light humour and emotional gravitas in the movies, so it will be interesting to see how their relationship plays out in the new podcast.

The duo are likely to put fans' knowledge of the films to the test, as well as featuring surprise guests on the podcast.

Dominic Monaghan, who is well-known for playing 'Merry' in The Lord of the Rings and for his role in Lost, made a comic remark about his upcoming podcast.

During the announcement of the launch of The Friendship Onion, Monaghan said: "I am contractually obliged to make a glowing comment here in regards to the podcast Billy and I are making together. This is proving difficult as Billy has abducted me and is holding me for ransom to the price of 44 bananas. Please, send bananas."

The playful banter between the two co-hosts is something fans can expect in the new podcast. 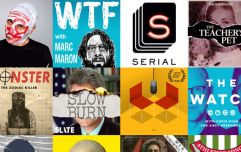 END_OF_DOCUMENT_TOKEN_TO_BE_REPLACED

In response, Billy Boyd, who played Pippin in the film trilogy, said: "Dom took a little persuading, it’s true, but this podcast is going to rock. He is such a joker, you have to love Dom. Ha....but you also have to love bananas, so....yes, send bananas."

The pair have released a sneak preview of their new podcast on YouTube. There are no spoilers, so take a look!