Harley Quinn vs The Huntress

Originally debuting in the 1990s Batman animated series, Harley Quinn has long been a cult favourite amongst comic fans - but it was when she was brought to life by Margot Robbie in 2016's Suicide Squad that the character became a pop culture icon (and went on to inspire a million Halloween costumes). 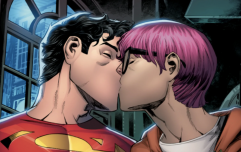 END_OF_DOCUMENT_TOKEN_TO_BE_REPLACED

Now Harley is back, in Birds of Prey (and the Fantabulous Emancipation of One Harley Quinn), which sees her unite with the DC Comics super-team of the same name.

Joining Margot Robbie in the cast is Mary Elizabeth Winstead as deadly vigilante The Huntress.

Birds of Prey sees Harley Quinn swing infamous giant mallet for the first time in a movie. And if you remember Scott Pilgrim Vs The World, Mary Elizabeth Winstead also wielded a giant hammer when she played Ramona Flowers in that film.

So, we got Margot Robbie and Mary Elizabeth Winstead to take each other on at Whack-A-Mole, to see who the real mallet master is.

Birds of Prey is in cinemas February 7th.

popular
Katie Price could be jailed for five years after arrest on Friday
Bet on yellow card for Xhaka vs Leeds at centre of Premier League betting probe
Roy Keane wary of 'Klopp coming after me' following Liverpool comments
Dance sensation Lily Douglas dies with cancer aged 14
Non-league footballer Christian Rowe dies aged 19
West Ham fan's laughable attempt to prove Edinson Cavani was offside goes viral
Clevedon Town score non-league goal of the season with ridiculous volley
You may also like
Comedy
Batman oral sex scene cut from DC series because ‘heroes don’t do that’
Entertainment
Dwayne Johnson to star in DC League of Super Pets as Krypto the Super-Dog
Entertainment
The Rock just shared the workout plan helping him get jacked for Black Adam
Entertainment
QUIZ: Is this a Marvel character, or a DC Comics character? Part 2
Entertainment
QUIZ: Can you name all of these Batman villains?
Next Page