The last girls' holiday to Casa Amor did not end well

Love Island fans could be in for an exciting few days, as the girls are reportedly heading to Casa Amor instead of the boys for the first time since 2019. 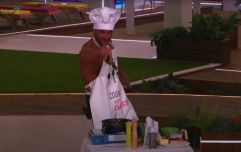 END_OF_DOCUMENT_TOKEN_TO_BE_REPLACED

The group of girls, including Gemma Owen, 19, Paige Thorn, 24, and Ekin-Su Cülcüloğlu, 27, believe they're simply heading out for cocktails, when they will actually be whisked away to the other villa. The 'Casa Amor' part of the series is notoriously dramatic, and proves as a real test for couples torn apart and teased with new islanders.

A TV insider told Mail Online that the rival villa is destined to be "the girls' holiday of their dreams" while the boys are left wondering if their relationships are strong enough to survive those crucial days.

The source explained: "This year it's all about the girls – they have kept the boys on their toes and will continue to do so by leaving the main villa and heading to Casa Amor.

"The new arrivals are ready to turn heads and for the first time in three years it will be the female stars of the show preparing to walk back into the villa with potentially a new man on their arm.

"It's all to play for and the likes of Gemma and Luca's relationship, as well as Jacques and Paige's will be well and truly put to the test."

Molly-Mae Hague and Maura Higgins were amongst the last girls to be sent to Casa Amor during season five of Love Island and the mini holiday caused serious drama, when Amber Gill returned to find out Michael Griffiths had decided to couple up with Joanna Chimonides instead.

Though she did go on to win the show with Greg O'Shea, so it could've been worse.

Only time will tell if the girls' holiday to Casa Amor this year will prove as dramatic.

popular
Multiple fatalities after planes collide mid-air over airport
Former Playboy Bunnies detail what it was like having unprotected orgies with Hugh Hefner
Pilots fly over destination airport at 37,000 feet - because they were both sleeping
Man plunges to his death after drawbridge opens as he was crossing it
Incredible case of the only known individual whose parents were two different species
'I was close to calling in' - Jurgen Klopp hits back at Gabby Agbonlahor over Man United comments
Gerard Butler breaks silence after death of 'brother in arms' Darius Danesh
You may also like
Entertainment
Final Love Island results show Davide and Ekin-su blew the competition out of the water
Entertainment
Big Brother will be back in 2023 but fans say they won't watch it unless this iconic star returns
Entertainment
Michael Owen breaks Love Island silence after daughter Gemma 'done us proud' in finale
Entertainment
Love Island 2022: Ekin-Su and Davide crowned as winning couple during dramatic final
Entertainment
Love Island hit with over 2,000 Ofcom complaints over lads 'bullying' Tasha
Next Page