Set record because Louis is back

After discussing the topic of sexual assault and consent in American colleges, Louis Theroux is now turning his attention to the topic of postpartum mental health. 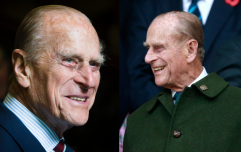 END_OF_DOCUMENT_TOKEN_TO_BE_REPLACED

In his new documentary, Mothers on the Edge, Theroux will be discussing illnesses like postpartum psychosis, a severe, but treatable, form of mental illness that occurs after having a baby. Delusions, hallucinations, confusion, and a disorientation with reality can occur.

During a recent discussion on This Morning, Theroux said that he was drawn to the subject because "I'm always looking for stories where there's really deep emotion and angst. I like to acknowledge those darker sides that we all have - hopefully in a positive way".

After hearing about the symptoms of postpartum psychosis, the broadcaster did research and felt that the juxtaposition of these difficult moments with the joy of a newborn child was an interesting subject.

With regards to the narrative approach that the documentary will take, we're told that it "will focus on the topic of postpartum mental health, and follow Theroux as he immerses himself in two specialist psychiatric units that treat mums who are experiencing a range of serious conditions, from depression and anxiety to psychosis. Theroux will meet these new mums, and their families, and follow their stories and journeys as they are treated in hospital and recover at home.

The official synopsis states: "The filmmaker returns to the UK to spend time in two specialist psychiatric units that treat mothers experiencing serious mental illness while allowing them to live alongside their babies. Immersing himself on the wards, he meets women who have been admitted with a range of serious conditions - including depression, anxiety and psychosis - often triggered by birth or the strains of motherhood."

Here's what Theroux had to say about his next documentary.

Clip via This Morning