Lance Armstrong will watch the new movie about him, without a doubt, say the creators of The Program

Imagine being a fly on the wall when Lance Armstrong watches The Program, the new film about his life and disgraced career.

There'll be no enjoyment, in fact it will be agonising viewing. The question is why would anyone subject themselves to the punishment? It's similar to when celebrities Google themselves, they hate the results but do it anyway.

But this is Lance Armstrong we're talking about. Those who knew him say he's the king of the self-obsessed and he won't be able to help himself.

Denzel Washington is returning for The Equalizer 3

END_OF_DOCUMENT_TOKEN_TO_BE_REPLACED

David Walsh, the Sunday Times award-winning journalist who sold the rights to his book 'Seven Deadly Sins: My Pursuit of Lance Armstrong' for the movie, says there's absolutely no way the cheating champion won't watch it.

"He will see it," Walsh tells JOE exclusively. "He's always been fixated on everything that comes out about him. If you write anything, you know, quicker than you can say 'Jack Flash', he'll have read it and good chance he'll react to it.

"And I’d love to be there when he does [watch]. I’d love to be a fly that had the ability to speak because when Lance complained about something I’d chirp up, ‘YEAH BUT IT'S ALL TRUE!"

The film's director Stephen Frears would like to see Lance's reaction too, if only to see if he's changed at all since his shame was laid bare. 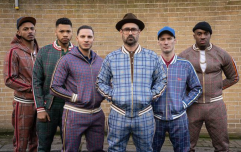 END_OF_DOCUMENT_TOKEN_TO_BE_REPLACED

Speaking at London's Dorchester Hotel, Frears says: "I'd be curious but really it has got to do with whether he has any level of self-understanding at all? I don’t know.

"I mean if he’s smart...I’m told by people who know more than I do, this is what happened, and whether he’s capable of accepting that and beginning to understand himself."

Frears took on the project because the story captured him. It wasn't because of cycling or Lance himself, and since the film's been out, some of the reaction has surprised him.

"People really are very startled, like they had no idea that’s what went on? Lance took drugs, he transfused his blood, he was nasty to people, he destroyed people’s lives," Frears says matter-of-factly. 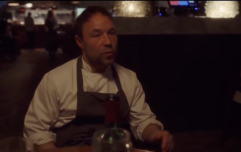 END_OF_DOCUMENT_TOKEN_TO_BE_REPLACED

But none of the concern is for Lance, it's hoped that on a wider scale the film will raise awareness on doping, not just cycling, but in every sport.

Walsh, who is played by fellow Irishman Chris O'Dowd, explains passionately: "I love the fact that in 20 years time, this film still going to be here and the Tour De France will have hopefully changed a lot by then, here's hoping it's a lot more believable race and a more credible event."

He continues, "It will be starting in England in 2028 and the BBC will show The Program and people will look at Lance and his team on the team bus getting their transfusion, in the middle of the Tour De France, on the side of the road with the fans going by in their cars, they're on the bus doping, and people will say 'oh my God, it was that bad, they didn't make this up for the movie, they got it from the sworn evidence that this happened'".

"We reproduced it as a sign post to say 'this is the way we must never go again'. I think it's brilliant that the film is out there."

The Program is out in UK cinemas now.