"Tequila production is traditionally a family business in Mexico."

Kendall Jenner is facing backlash after the launch of her new tequila business. This past week, the model launched her 818 tequila brand (named after the Calabasas area code) and taking to Instagram, Jenner described the work that's gone in to the new business venture: "For almost four years I've been on a journey to create the best tasting tequila. After dozens of blind taste tests, trips to our distillery, entering into world tasting competitions anonymously and WINNING, after 3.5 years, I think we've done it!" 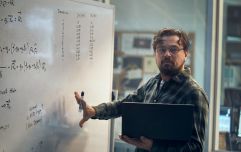 END_OF_DOCUMENT_TOKEN_TO_BE_REPLACED

Many have rushed to congratulate Jenner, with her famous sister Kim Kardashian commenting that she "wasn't a drinker" until she tried 818, and encouraging "tequila shots all day!"

The tequila has apparently already anonymously won tasting competitions with its "earthy aromas of pine and yellow fruits mixed with vanilla," according to the 2020 Ultimate Spirits Challenge brief.

Despite the fanfare, others have accused the 25-year-old supermodel of appropriating the Mexican and Latinx culture. One comment read, "Tequila production is traditionally a family business in Mexico. I think it's disgusting that another rich white celeb is appropriating Mexican culture with the audacity to think you're making it better than Mexicans," Another questioned what percentage of the profits the crafters were going to see, "Here we go, another foreigner coming to Mexico and exploiting little nameless local producers, by paying them 1 per cent out of their real profit."

Jenner is not the first American celebrity to create a tequila, George Clooney, Rande Gerbe and Mike Meldman launched Casamigos tequila in 2013; it was a runaway hit before being sold to Diageo in 2017. Others that are currently or previously in the tequila space include Bethenny Frankel, Dwayne Johnson and Nick Jonas.

Jenner has yet to respond to the comments.