What: Maybe the Real Comedy Awards are the Friends We Made Along the Way

Where: Just the Tonic at The Caves - Just Up the Stairs

"I'm not one of these people who's goes 'Fuck the haters!' I'm more like 'Haters, thanks for your feedback - I'll take it on board and make adjustments accordingly'..."

First things first - Josh Pugh comes across as a lovely bloke, and you can't help but enjoy an hour in his company. You will most definitely leave his show smiling and thinking 'what a sound fella'. It's important to get that out of the way, because as true as it is, it can sometimes be seen as damning with faint praise. In stand-up comedy, being 'likeable' is some sort of code for not massively funny. That's not the case with Pugh, who is funny and massively so.


In fact, he is funny at a rate of knots. As with so much about Maybe the Real Comedy Awards are the Friends We Made Along the Way, or #MTCAATFWMATW ("Get it trending on all the socials..."), the pace of the show is deceptive. Maybe it's the gentle West Midlands lilt, but Pugh makes it seem as though he is casually meandering through a series of anecdotes, but it's a veritable rat-a-tat of sharp one-liners one after another. It's ceaseless and impressive. 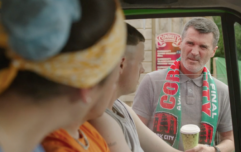 END_OF_DOCUMENT_TOKEN_TO_BE_REPLACED

Whether he starts with the story and retrofits the gags, or has an array of funny lines he builds the show around, it is brilliantly crafted. It all flows in a seamless narrative, but with tangential sparks of wit. Pugh also uses his affability to his advantage. There are some decidedly off-colour asides that are very funny and very dark (one about the ultimate conclusion of disabled role-playing in the bedroom for example), but he somehow gets away with it unscathed.

It works the other way too. Edinburgh is of course awash with sob stories and life-changing circumstance squeezed for extra stars, but Pugh isn't playing that game. Any time he senses that he is in danger of straying into schmaltz or verging into cod wisdom, he immediately checks himself and undercuts it with a gag. The irony being that a threat of the show relates directly to a childhood condition that affects his central vision - which lends itself to milking - but he refuses to indulge and moves on.

Pugh is modest to a fault, and constantly underplays both his talent and achievements. He laments the fact that his fans only number his mum's mates and that the biggest compliments he receives are for remembering his routine. Anyone who goes to see #MTCAATFWMATW - or indeed follows him on Twitter - will know that's bollocks. Pugh's show is laced with a flurry of brilliant one-liners and a flowing narrative that makes an hour fly by. It deserves to be trending on all the socials.

You can buy tickets for Maybe the Real Comedy Awards are the Friends We Made Along the Way here.