You're nobody (til somebody kills you)

What does Johnny Depp know about Hip Hop and the deaths of 2Pac and Biggie? 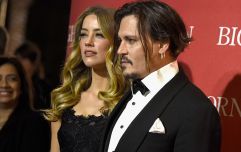 END_OF_DOCUMENT_TOKEN_TO_BE_REPLACED

I first heard that Johnny Depp was going to be starring in a movie about the death of The Notorious B.I.G. last year when the actor told me himself backstage at a Run the Jewels show.

Depp really knows his stuff when it comes to Hip Hop, its culture and the stories buried deep within it. So it's no surprise to find out that he's starring in the movie City of Lies, which takes a look at the unsolved murder of Christopher Wallace, aka The Notorious B.I.G., who was shot and killed in a drive-by shooting in Los Angeles on March 9th 1997, and its connection to the death of rapper Tupac Shakur.

In the movie based on the non-fiction book LAbyrinth by Randall Sullivan, Depp portrays LAPD detective Russell Poole, one of the lead investigators on the Biggie murder case.

"A murder like that only goes unsolved if the police don't want to solve it," Depp's character says of the alleged conspiracy that hindered the investigation into Wallace's death. Poole died from a heart attack in August 2015, with Depp cast as the detective the following year.

According to the movie's synopsis, City of Lies follows "LAPD detective Russell Poole (Johnny Depp) who has spent years trying to solve his biggest case, but after two decades, the investigation remains open. Jack Jackson (Forest Whitaker), a reporter desperate to save his reputation and career, is determined to find out why. In search of the truth, the two team up and unravel a growing web of institutional corruption and lies. Relentless in their hunt, these two determined men threaten to uncover the conspiracy and crack the foundation of the LAPD and an entire city." 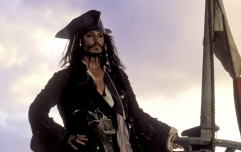 END_OF_DOCUMENT_TOKEN_TO_BE_REPLACED

Originally titled LAbyrinth to coincide with the book it's based upon, LAbyrinth: A Detective Investigates the Murders of Tupac Shakur and Notorious B.I.G., the Implication of Death Row Records' Suge Knight, and the Origins of the Los Angeles Police Scandal, it was later changed to City of Lies.

City of Lies arrives in movie theatres September 7th 2018 (22 years to the day 2Pac was shot in Las Vegas).