He looks a lot different in the newly released footage.

A new trailer has shown John Travolta as Gambino crime family boss John Gotti ahead of the first screenings of the biopic of the late mafia don, titled GOTTI. 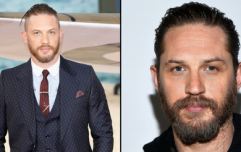 END_OF_DOCUMENT_TOKEN_TO_BE_REPLACED

Gotti was the head of the Gambino crime family in  1980s and 90s, going through three high-profile criminal trials – and being acquitted at each one, before he was finally snagged by police.

"GOTTI is a crime drama directed by Kevin Connolly and written by Leo Rossi and Lem Dobbs."

The film will be released 15 June this year.