"Have you ever played a superhero?"

"Do you have an accent?"

"Have you ever been to jail?" 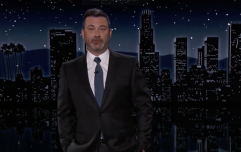 END_OF_DOCUMENT_TOKEN_TO_BE_REPLACED

People Magazine have decided upon their Sexiest Man Alive 2015 - Phil Jones is again cruelly overlooked - and he was on Jimmy Kimmel to accept his award.

Except for a bit of fun, rather than Kimmel revealing his identity straight away, he was instead masked and had his voice disguised as the studio audience tried to guess who he was.

You can play along at home if you like, but there's no prizes for the correct answer, partly because you can see his face on the YouTube video below.

But enjoy the Q&A and Da...the mystery stud's humble and amusing acceptance speech...