Jimmy Fallon and his mates sang R Kelly's 'Ignition' in a fancy restaurant, just for the hell of it

Just look at him here, talking to Irish actress Saoirse Ronan about the nature of a pub lock-in, or competing in an intense lip-sync battle with Tom Cruise. 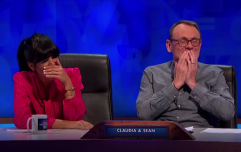 END_OF_DOCUMENT_TOKEN_TO_BE_REPLACED

He's a consummate entertainer, and he seems to be one of those people that is always ready to perform.

He did just the recently at a Vancouver restaurant, when himself and his friends treated the diners to an impromptu a-cappella rendition of the R Kelly classic, Ignition.

The performance was in his signature barbershop style, which he uses often on his late night talk show.

You can watch the video below: