James Bond has a "severe" alcohol problem, according to public health researchers

Researchers at the University of Otago in New Zealand went through 24 Bond films, analysing the spy's alcohol intake and behaviour, and concluded that he is a "chronic" alcohol abuser and should seek help.

“There is strong and consistent evidence that James Bond has a chronic alcohol consumption problem at the ‘severe’ end of the spectrum,” the researchers said in a paper published in the Medical Journal of Australia.

The research revealed that Bond drank 109 times - an average of 4.5 times per movie - over the course of his 60 years on screen, and satisfied at least six of the 11 criteria for an alcohol use disorder.

His booziest outing, according to the research, was Quantum of Solace, where Bond appeared to knock back 24 units of alcohol, enough to kill him.


Near-fatal levels of alcohol aside, Bond was also found to have engaged in dangerous activity while potentially having alcohol in his system. 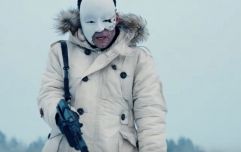 First trailer for the new James Bond film, No Time To Die, is here

END_OF_DOCUMENT_TOKEN_TO_BE_REPLACED

This includes (but is not limited to) fighting, driving fast cars, operating weapons and machinery, and having sex with enemies - “sometimes with guns or knives in the bed,” the research said.

Academics also pointed fingers at his employer MI6, arguing that the organisation should be “a responsible employer” and “change its own workplace drinking culture.”

The paper continued: "Further, MI6 management needs to redefine Bond’s job to reduce his stress levels. More field support and a stronger team approach are needed so that his duties do not weigh as heavily upon him."

The Medical Journal of Australia, in which the research was published, gave the paper first prize in the publication's annual Christmas competition, in which researchers submit jokey and off-beat research.

In light of these shocking results, perhaps 007 will be taking on Dry January next year.


popular
The FootballJOE Quiz: Week 2
A definitive ranking of every swear word from worst to best
Here's how to recover all your deleted Facebook photos and messages
This is the hardest Pokémon quiz you'll ever take
The definitive ranking all 151 original Pokémon from worst to best
Disabled army veteran breaks world record by deadlifting 505kg
QUIZ: How well do you know Eminem's Kamikaze?