Come and get 'em, nerds

Harry Potter author J.K. Rowling will release four new tales from the world of the bespectacled wizard next month, in the form of ebooks which will elaborate even more on the lore of the books. 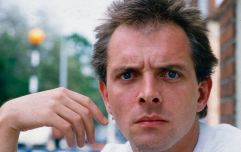 END_OF_DOCUMENT_TOKEN_TO_BE_REPLACED

Fresh from revealing on Twitter that wizards shit themselves and simply vanish it away with magic like absolute scumbags, as well as revealing Albus Dumbledore's sexual history (despite leaving it out of her incredibly successful books), Rowling has some fresh stories to tell us and she will be releasing them via the Pottermore portal.

Hogwarts didn't always have bathrooms. Before adopting Muggle plumbing methods in the eighteenth century, witches and wizards simply relieved themselves wherever they stood, and vanished the evidence. #NationalTriviaDay

J.K. Rowling Confirms Some Characters in Her Books and Movies Are Gay Everywhere Except in the Books or the Movies https://t.co/Y5gcbMWNB9 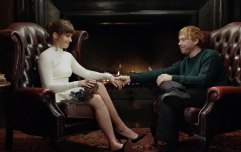 END_OF_DOCUMENT_TOKEN_TO_BE_REPLACED

The books are based on different Hogwarts lessons, namely Charms, Defence Against the Dark Arts, Potions, Herbology, Divination, Astronomy and Care of Magical Creatures and they promise to "take you back in time once again to learn about the traditional folklore and magic at the heart of the Harry Potter stories".

The original set of Harry Potter books saw seven released - one for each year that he and his mates Hermione Granger and Ron Weasley were in school together.

The first set of ebooks, themed on Charms and Defence Against the Dark Arts, and Potions and Herbology, will be released on June 27, with the rest to follow after.

Now, expelliarmus, or whatever.