With their lavish cars, lavish houses, lavish lifestyle, and all that lavish money.

“All they do is play games for a living!” I hear you cry. “All they do is kick a leather sphere into a net/drive a car very quickly/punch people in the face.”

To the uninitiated, it may seem so… but as I found out, the truth is a whole different, er, ball game.

As Lynx are the official sponsors of your friend and mine, Anthony Joshua, I was tasked with living a single day in the life of the Unified Heavyweight Champion of the World, and seeing how I got on.


Now for those who don’t know me, let’s put some things into perspective. The only time I’ve punched anything in my life with meaning is holes into paper. I’m as physically imposing as a strand of spaghetti, and I break just as easily. The only time I’ve really done any running is when I played football. And I’m a goalkeeper. And this was at university. And this was 10 years ago. I don’t run.

END_OF_DOCUMENT_TOKEN_TO_BE_REPLACED

Compare this to Anthony Joshua. The unified heavyweight champion of the world. Built like a house made of the hardest bricks possible and nicer than any sportsman I’ve ever had the privilege to interview. Match this with a blindingly bright smile and a face so handsome it’s hard to believe he’s ever taken a punch, and you’ve got Anthony Joshua. It’s not fair, but he is a real person that exists, and I will never be him.

But unfortunately for me, I still had to try, so here is my diary from one day in the life of Anthony Joshua.

Mondays. Most of the population would hurl abuse and possibly bricks at Monday if it was unlucky enough to be an actual person walking down the street. So how about waking up at 4 am on a Monday morning to go for a run? The only time I’ve ever done any running at four in the morning was to get to the kebab shop before it shut. That’s the height of my athleticism.

Run done. It’s time for breakfast. The most important meal of the day, which usually for me consists of some of the toothpaste that I accidentally swallow in the bathroom and then eventually a big bowl of Coco Pops in front of my laptop in the office. This particular Monday? Nah mate. 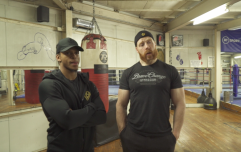 END_OF_DOCUMENT_TOKEN_TO_BE_REPLACED

Let’s talk about the raw eggs, because no doubt you’re thinking exactly what I was: “I thought that was just a thing Sylvester Stallone did in Rocky!” I had built it up in mind like being forced into drinking eggy snot, but luckily it was nowhere near as bad as that. Partially because university taught me how to down alcohol, so I pretended it was a pint and downed it before the snotty texture and eggy taste could affect me. Word to the wise: don’t do it on an empty stomach and then neck a smoothie. Imagine that mix swilling around your tummy. Yep, it’s just as bad as it sounds.

Let’s be honest, this is what the fans came to see. A skinny man with hands like flimsy fly-swatters flailing around like an octopus out of water. The man charged with making me look like a half-decent boxer was one Toks ‘Viper’ Owah, an ex-professional with a record of 20 wins, six defeats, with 11 of his wins coming by knockout. Any man who calls himself ‘Viper’ isn’t messing around.

The obvious physical exertion aside, I didn’t realise just how many subtleties factor into boxing when it comes to technique. To over-simplify slightly, it’s the sporting equivalent of tapping your head and rubbing your stomach at the same time. Stepping with each punch, but not too far otherwise you’ll be off-balance; pivoting with your back leg; utilising your primary punch (the jab) with your weaker hand. It was all confusing and sometimes completely backwards to me.


After swinging my arms at various bags, various pads and stringing combos together I (ridiculously) volunteered to do some sparring with one of the gym’s hottest prospects, a man who had just turned professional and definitely looked like he skinned wolves for fun back in his native Bulgaria. Basically, he looked pretty ‘ard. During our sparring he was lovely enough not to throw a single punch at me, however I noticed his arms flinch instinctively; a signal that it was at this point he’d have thrown and definitely landed a punch. Needless to say, I’d have been toast. Very flat toast. 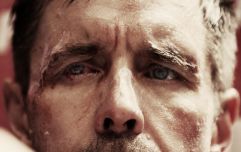 END_OF_DOCUMENT_TOKEN_TO_BE_REPLACED

Swing and a miss!

I was told, much to my delight, that I’d receive a 30 minute massage. The only real punch I threw that morning was when I punched the air in celebration at this news. How wrong I was to celebrate this massage. This wasn’t pleasant. This was pain with a purpose. It felt like the masseuse was kneeding my organs like pizza dough. Only instead of his hands, he was using knives. Knives that were covered in lava. If you hadn’t guessed, it was painful.

The purpose of all of this was to remove the build up of lactic acid that was undoubtedly covering my limited muscles, meaning in that in the forthcoming days, I’d only feel half as terrible as I would’ve done. I kept telling myself this as the masseuse pushed his elbow through my spine. He was sweating profusely, so he obviously put a shift into tenderising me, and tender I was. I was ready to serve.

Starving, empty, and broken, I was eventually allowed to tuck into lunch with what little dignity I had left in my locker. I proceeded to inhale all of the following:

Then straight to yoga. I’d love to write more about yoga but I know nothing about it. All I know is that Kirsty Raynor from “One LDN” didn’t once lead me astray. I’m going to let the following pictures sum up my experience.

As you can clearly see, all of the downwards dogs, spinal taps and prancing pelicans really took their toll on my body and soul.


Still feeling like the “Gluttony” victim in the film ‘Seven’, I proceeded to pass out in a taxi on the way back to base for more food.

Obviously the only way to follow up an afternoon snack is with (drumroll please...) steak. And more steak. And also both rice and quinoa (ask a hipster about that second one) for reasons unknown to me. But that’s not the important thing. The important thing is steak.

Next? Why of course, it’s chess. During a conversation between former British Heavyweight Lennox Lewis and Anthony Joshua, Lennox said that, “Chess relates to the ring, how to counterattack and stay two moves ahead of your opponent.” Apparently it also exercises a different part of your brain… which, to be honest, made no difference to me. None of my brain was working at this point in time.

And there, ladies and gentlemen, is where we leave it. What have I learnt? Very, very few professions in the world require as much dedication and discipline. It is as much effort to eat that much food as it is to train, and sports massages are punishing. I’m just ecstatic I dodged an ice bath.

Anthony Joshua is a part of Lynx's "Men of the Moment" check them out here.

You may also like
Sport
Despite appearances, Joe Frazier hated Muhammad Ali until the very end
Sport
Carl Frampton reveals his X Factor audition during training camp
News
Former boxer Nigel Travis on surviving the Bishopsgate bombing
Sport
Tyson Fury's cut against Otto Wallin a wake up call ahead of Wilder rematch
Fitness & Health
How boxer Tony Bellew lost a stone and a half after retiring from the ring
Next Page