Horror icon Chucky has proclaimed his support for the LGBTQ+ community in his latest series - and fans absolutely love it. 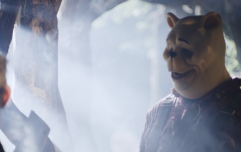 END_OF_DOCUMENT_TOKEN_TO_BE_REPLACED

Though Chucky has seen numerous adaptations over the years, he has never been shown in a TV format until this year. Syfy's Chucky TV series takes place in middle-America with a new cast of characters - but the murderous doll who made his screen debut in 1988 horror Child Play still only has one thing on his mind - murder, murder, and more murder.

@syfy #Chucky getting all of us in our feels! #fyp ♬ original sound - SYFY

In a scene shared to Syfy's TikTok account, Chucky (Brad Dourif) is seen sitting on a bed talking to Jake Wheeler (Zachary Arthur), the unfortunate boy who discovered the possessed Good Guy doll at a yard sale. 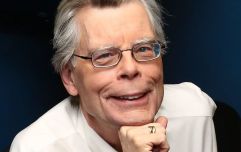 END_OF_DOCUMENT_TOKEN_TO_BE_REPLACED

"You know, I had a Queer kid," Chucky says, referencing 2004's Seed of Chucky which saw the character become dad to Glen (Billy Boyd) who he fathered with his long-time plastic partner Tiffany (Jennifer Tilly). However, his new kid also had to deal with murderous urges - alongside a complicated gender identity.

He confirms that his kid was gender fluid, to which Jake asks if he is cool with it - almost in disbelief that the serial killer would be so liberal.

"I'm not a monster Jake," Chucky replies, solidifying him as an ally to the Queer community. 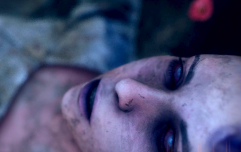 END_OF_DOCUMENT_TOKEN_TO_BE_REPLACED

As the clip displays, Chucky clearly has some morals: murder is fine; intolerance is not.

"No, just no, why is Chucky Woke?" asked one TikTok user.

But others were quick to remind the negative commenters that this isn't something new - and Chucky's kid has been gender-fluid since his first appearance in 2004.

"Okay, so I won't be watching this," writes another viewer.

A thread on Twitter has unpacked the Queer history of Chucky which dates back to the original film in 1988.

Over the years, numerous central characters in the franchise have been Queer and Chucky (who in the movie series is really the spirit of notorious Lakeshore Strangler Charles Lee Ray) once even transferred himself into a woman's body to be with his beloved Tiffany.

popular
Toni Kroos storms away from interview after 's*** questions'
Sadio Mane gives biggest hint yet that he will leave Liverpool
Ricky Gervais finally says what we're all thinking about the Johnny Depp Amber Heard case
Woman kills man who opened fire on a birthday party in Virginia
Liverpool issue statement after Champions League final entry chaos
Amber Heard could face jail over claims she 'edited injury photos' at Johnny Depp trial, legal expert suggests
Liverpool fans appear to be attacked by riot police in Champions League fan zone
You may also like
Life
Crochet babies are a thing, and they are here to give you nightmares
Life
UK beauty spot haunted by rude 'woman in white' ghost who tells people to 'f*ck off'
Entertainment
Horror film once banned in US is now available on UK Netflix
Entertainment
Nightmare on Downing Street: Are these the scariest politicians in Britain?
Social Media
Viral TikTok shows clown dancing to WAP like an expert
Next Page