It's a sad day for Hip Hop.

Succumbing to his battle with colon cancer, Hip Hop personality Combat Jack (real name Reggie Ossé) has died today at the age of 48.

END_OF_DOCUMENT_TOKEN_TO_BE_REPLACED

Host of popular podcast the Combat Jack Show, he was an original Hip Hop icon. With many strings to his bow he was a pioneer in so many fields. Whether it was his time working as a lawyer representing the likes of Jay-Z, Diddy and Capone-N-Noreaga, or when he decided to start his genre-defining podcast that took an in-depth look into the lives of musicians, politicians, artists, actors and more - which in turn ushered in a new era of Hip Hop podcasts - Reggie Ossé was an incredibly well respected social commentator and Hip Hop historian.

The lawyer, turned podcaster, announced his diagnosis in October via Twitter:

“Internets, what’s up? It’s your man Combat Jack. In 7 years of podcasting, I’ve never missed an episode. I got hit with some real life shit. I was recently diagnosed with Colon Cancer,” he said.

Recording his first ever live in London episode of the Combat Jack Show back in 2016 when he was joined by special guest Kano at the Brooklyn Bowl, he made quite the impression. Going out of his way to learn more about the ever-growing grime scene and actively making it his mission to promote grime Stateside, so many gems came out of his intimate sit down with one of the UK's most respected MCs.

Listen to the Kano episode of the Combat Jack Show below: 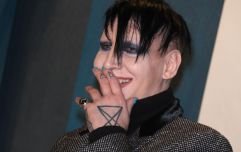 END_OF_DOCUMENT_TOKEN_TO_BE_REPLACED

Our thoughts and prayers go out to Reggie's family, his children and his friends. Hip Hop has lost one of its limbs. He's the guy that connected the dots for many people. He changed the podcast game forever and for that we will be eternally grateful.

popular
Ricky Gervais finally says what we're all thinking about the Johnny Depp Amber Heard case
Rio Ferdinand and John Terry in Twitter war after controversial 'top 5' pick
Japanese man spends £12,480 to look like a border collie - and it kind of works
Texas school shooter's haunting social media message hours before massacre revealed
Maro Itoje explains why he will no longer sing England rugby anthem
New Time Traveller's Wife series airs 'incestuous' oral sex scene that has left everyone divided
New Winnie The Pooh horror movie is here to ruin your childhood
You may also like
Gaming
Def Jam Vendetta: The strange story of the greatest hip-hop wrestling game ever
Entertainment
Eminem refuses to perform Killshot and lays into Machine Gun Kelly on stage
Music
50 Cent says he "wouldn't have a bad day" if his son got hit by a bus
Music
Tekashi 6ix9ine to be re-sentenced for underaged sex video
Entertainment
WATCH: Fans have very mixed reaction to Eminem's new 10-minute freestyle 'Kick Off'
Next Page