Just when you thought Manchester United couldn't possibly have another marketing partnership.

The club have everything from an official timekeeping partner to a regional confectionery partner and now appear to making a move into the movie business.

END_OF_DOCUMENT_TOKEN_TO_BE_REPLACED

You may or may not have noticed a number of tweets from United players over the past few days urging people to go see The Revenant, the Oscar-nominated Leonardo DiCaprio film. 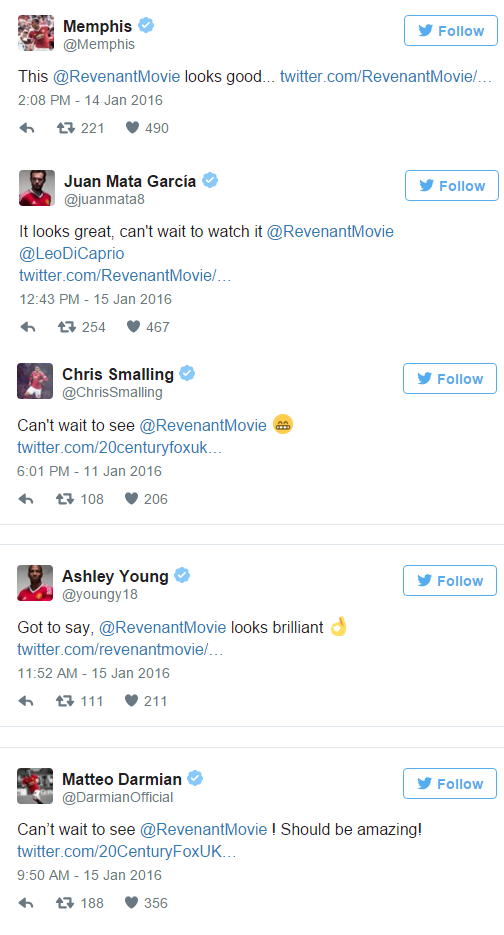 According to the Manchester Evening News, the tweets are part of a partnership with film studio 20th Century Fox, who are distributing the movie.

United's last home game also featured the movie studio's theme tune being played before kick-off, and The Revenant being advertised on the electronic hoardings around the pitch.

United fans are probably wishing Ed Woodward was as good at signing players as he was signing marketing deals.