What's the point in scoring an absolute peach of a goal on FIFA if you can't rub it in your mate's face with an annoying celebration?

It's not enough to just beat them, you have to humiliate them and make them regret ever becoming your friend in the first place. Because you know that when it comes to their turn to be on top, they'll do the same to you.

And what's more 2016 than celebrating a lucky goal by dabbing your heart out?

Now you can finally get in on the hottest dance move of the year while playing your favourite video game, as FIFA have added a dab to their arsenal of celebrations for the new game - and you can already try it out in the demo. 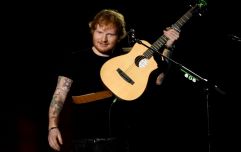 END_OF_DOCUMENT_TOKEN_TO_BE_REPLACED

Depending on whether you own a Playstation or an Xbox, it's a pretty straight forward process.

First, score a goal. Then for Playstation users, hold down R1 and double tap triangle. For Xbox players, it's just as simple - hold down RB and hit Y twice.

Step three: dab along with your victorious on-screen avatar. Just watch out for the flying controller in case your mate is sick of being dabbed on.

popular
Chilling moment man with knife and balaclava is captured wandering around family's living room
Lisa Kudrow hits back at fans complaining about lack of diversity in Friends
Landlord faces £40k fine after tenant puts swimming pool on roof of flats
Pedophile chugs liquid and dies in court shortly after he's convicted
James May 'hospitalised after crashing into wall at 75mph filming new show'
Ex-teacher who got pregnant by former student plans to film birth so it can be taught in schools
Furious Reading and Leeds ticketholders demand refunds as band replaces Rage Against The Machine
You may also like
Sport
WATCH: This unbelievable non-goal in FIFA 17 is what smashed controllers are made of
Sport
Kylian Mbappe's Fifa rating will definitely be needing an upgrade...
Sport
Fifa 17 matches to be broadcast on live television
Sport
Newcastle United flop is now one of the top rated players in Ligue 1 on FIFA 17
Sport
Romelu Lukaku's bothered-not-bothered reaction to not being upgraded on FIFA is great
Next Page