How big is the UK’s Netflix library compared to the rest of the world?

Time and time again, British Netflix users have been told their choices pale in comparison to those in the US.

Let's be straight: that's correct. Thanks to a combination of factors (mostly involving film distributors) there's a wider selection of things to watch on Netflix in territories including the United States and Canada.

END_OF_DOCUMENT_TOKEN_TO_BE_REPLACED

But that doesn't necessarily mean Netflix users in the UK are being short-changed.

Website exstreamist has crunched the numbers and revealed that the UK has the biggest Netflix catalogue in Europe - but we lag in 48th place worldwide.

Here's the 25 territories with the biggest available collections:

As you can see, while the United Kingdom's library is the only European territory to break the top 50, Netflix users in the United States, Canada and a good chunk of the Carribean are laughing at us with their selection of television shows and films.

In amongst its fabulous data breakdown, exstreamist has shown that while the United States still currently holds the largest library in the world, its library is slowly stagnating.

This follows a recent news story we posted earlier in the month that the Netflix library is slowly getting smaller. 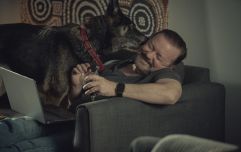 END_OF_DOCUMENT_TOKEN_TO_BE_REPLACED

Netflix has expressed its disapproval of users who use VPNs to access bigger libraries overseas.  Instead, the streaming company believes a bevvy of brand new original content in 2016 will help balance disparities in library sizes around the world.

For UK customers who want to stay one step ahead of what's coming in and out of Netflix, check out our handy JOE features, and use Twitter accounts like @NewOnNetflixUK.

Are you happy with your current Netflix package? Send in your thoughts to [email protected], or drop us a message on Facebook.