Here is your first official look at John Wick: Chapter 3

Thankfully, there is no sign of his dreaded pencil...

John Wick: Chapter 3 has officially begun production, with the first of what we're sure will be a number of on-set pictures have been posted by the movie's cinematographer, Dan Lausten.

As previously reported, the plot of third (and reportedly final) chapter in the John Wick saga has been released:

"John Wick (Keanu Reeves) is on the run for two reasons… he’s being hunted for a global $14 million dollar open contract on his life, and for breaking a central rule: taking a life on Continental Hotel grounds. The victim was a member of the High Table who ordered the open contract. John should have already been executed, except the Continental’s manager, Winston, has given him a one-hour grace period before he’s “Excommunicado” – membership revoked, banned from all services and cut off from other members. John uses the service industry to stay alive as he fights and kills his way out of New York City." 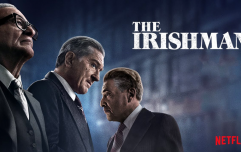 END_OF_DOCUMENT_TOKEN_TO_BE_REPLACED

Chad Stahleski is back behind the camera, having previously directed Chapter 2 and co-directed the first movie, and so far the only confirmed cast members are Reeves, mute assassin Ruby Rose, and this movie's big bad guy is to be played by Hiroyuki Sanada (The Wolverine, Sunshine).

We're sure Ian McShane, Lance Reddick, John Leguizamo, and Laurence Fishburne will be back, plus there's a rumour that Reeves wants a full-on Matrix reunion, with Carrie-Anne Moss in an unspecified role.


popular
QUIZ: Name these 30 football badges
QUIZ: Can you beat the clock and name all 26 James Bond movies?
The JOE Friday Pub Quiz: Week 198
A definitive ranking of every swear word from worst to best
Here's how to see who's been taking screenshots of your Instagram Stories
QUIZ: Guess the collective noun for the animal
19 words and phrases only true northerners will understand

You may also like
Entertainment
Marvel fans cause internet meltdown trying to buy Avengers tickets
Life
Five things to do with your bro
Entertainment
The U.S. reviews for Ant-Man & The Wasp are fantastic, but why do we have to wait so long before it comes out here?
News
Award-winning filmmaker dies after being attacked by giraffe on set
Entertainment
Cinema screens terrifying horror trailer before Peter Rabbit
Next Page