Hashtag United will compete in the Gfinity eSports Elite Series

Hashtag United, the YouTube football club founded by Spencer FC, have signed up with leading UK eSports company Gfinity to compete in the third season of their Elite Series tournament.

END_OF_DOCUMENT_TOKEN_TO_BE_REPLACED

Founded by YouTuber Spencer FC in 2016, Hashtag United originally just comprised of a group of mates uploading their match highlights online, and now have grown to the point where they can play in front of 35,000 fans at a Wembley Stadium for a charity match.

Their FIFA prowess is hardly in doubt – but this announcement will see them have to prove themselves at Rocket League and Street Fighter V as well, taking on heavyweight esports teams including Fnatic, Vitality and Team Envy, battling it out for part of the £250,000 prize-pool.

In the press release, Spencer FC himself said:

"I'm absolutely delighted that Hashtag United will be part of the Gfinity Elite Series as it's where my own personal journey with esports began and, more importantly, where Hashtag United's esports team was born through The Spencer FC Game Academy where we signed our first player, Harry Hesketh. 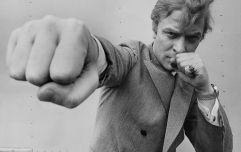 END_OF_DOCUMENT_TOKEN_TO_BE_REPLACED

"We now have the opportunity to branch out into other titles and I am looking forward to the Draft and to sign some new players to join the Hashtag family and represent us on FIFA 18, Rocket League and Street Fighter V. I can't wait for this to start and for Hashtag United to be part of the Elite Series, hopefully picking up some trophies along the way!"