Could The Handmaid's Tale be coming to an end?

Hulu's The Handmaid's Tale set records at the 2021 Emmys with the most losses in a single year. Having gone into the annual awards with 21 nominations, the hit feminist show walked away with zero awards despite being the most-watched show on Hulu's platform.

END_OF_DOCUMENT_TOKEN_TO_BE_REPLACED

With The Handmaid's Tale entering its fifth season, many expected the show, or at very least its leading lady Elizabeth Moss to walk away with multiple awards at the annual Emmys.

Coming in third with the most nominations, behind The Crown and The Mandalorian's 24 and Wandavision's 23, the show came away with no new additions to its fifteen Emmys, numerous golden globes and other international awards.

Now that the Emmys are over, I shall remind you that The Handmaid’s Tale deserved to win every single award it was nominated for. Thank you & good night. pic.twitter.com/EGGdhphPL2

Created by The 100's Bruce Miller, The Handmaid's Tale is based on Margaret Atwood's book by the same name. Both the novel and the show are set in a dystopian, contemporary world plagued by censorship, totalitarian governments and the fight for women's rights.

Talks about the future of the show have begun recently, reports Variety. Hulu reported that their viewing figures for season four were up 32 per cent and the show itself is the most-watched across the entire platform. But could things change after their zero wins at the Emmys? 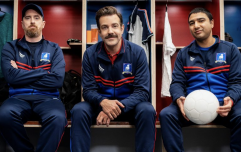 END_OF_DOCUMENT_TOKEN_TO_BE_REPLACED

He also said that Atwood's prequel The Testaments will play a part in the show's future and emphasised that he trusts executive producers to continue delivering content.

Helman neither confirmed nor denied that the show could be coming to a close fairly soon.

Shows that actually won at the Emmy's include The Crown, Ted Lasso, Lovecraft Country and Mare of Easttown.