They're arguably the best podcast creators in the world.

Before Making A Murderer, The Jinx and American Crime Story absolutely gripped us all, there was Serial. If you haven't listened to Sarah Koenig's superb podcast then you really should because the first season portrays the story of Adnan Syed, a man that has spent 16 years for the murder of Hae Min Lee, his ex-girlfriend.

The second season focused on the case of Bowe Bergdahl, an American former prisoner of war who disappeared from his post in in Afghanistan in 2009.

If you were hooked by Serial then you'll definitely be downloading S-Town when it's released on March 28th.


The new seven-episode podcast from the creators of This American Life and Serial will focus an Alabama man named John who reached out to This American Life in the hopes of having the son of a wealthy family investigated for allegedly bragging that he got away with murder. 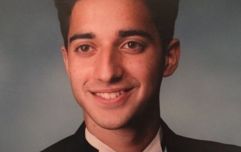 END_OF_DOCUMENT_TOKEN_TO_BE_REPLACED

After conducting an investigation, even more buried lies, secrets and mysteries come to light.

If you don't want to miss out, you can already subscribe here.

Trust us, if S-Town is half as good as Serial, your morning commute will become a whole lot better.


popular
Ben & Jerry's calls out Priti Patel over UK's treatment of migrants
Everything the UK's fittest man eats to stay lean while building muscle
QUIZ: You can't get 10/10 in this extremely frustrating geography quiz
Fantasy Premier League champion stripped of title over allegedly offensive comments
This weight training trick builds 50% more muscle in just eight weeks
UK is now in the deepest recession in history
What Taylor Swift can teach us about transfer window heartache