This isn't good at all.

If you didn't watch Gogglebox last night, you probably assumed that it was pretty much the same as it always is: people sitting around being vaguely funny and watching a bit of telly.

And it was that too - there were loads of people watching lots of different programmes and everybody was delighted.

But there was also Stephen Webb tying his dog's ears up with a bobbin and people were not too delighted about that at all. 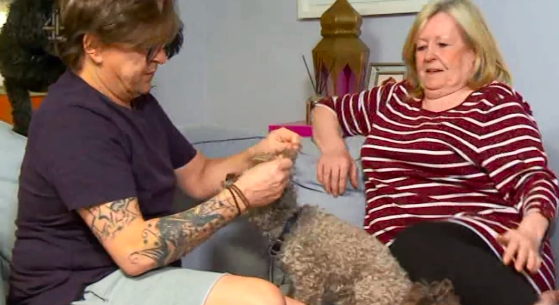 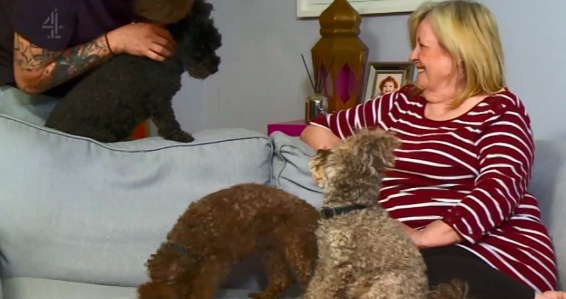 END_OF_DOCUMENT_TOKEN_TO_BE_REPLACED

To give you a play-by-play, Stephen and his mum Pat are seen at the beginning of the episode hanging out with a load of dogs.

Stephen then starts messing with one of the dog's ears, tying them together with a bobbin... and viewers were not impressed.

Those dogs are living beings, not toys to play with #Gogglebox

According to TheBark.com, tying a dog's ears together can be potentially dangerous for the animal.

In 2015, a viral pet "trend" called #DogBun saw owners tying their dog's ears together with bobbins to make it look like they had a hair bun on their heads.

The website said that clips or bobbins should never be used to tie back an animal's ears.

"They could interrupt blood flow and cause serious damage, potentially leading to ear flap amputation," they warned.

"Additionally, I can't imagine that having your ears bunched up is comfortable or conducive to hearing."

popular
Marvel fans accuse studio of ‘exploiting a dead man’ after return of iconic cameo
Johnny Depp's lawyer Camille Vasquez responds to romance rumours
Rihanna ‘gives birth to baby boy’ with boyfriend A$AP Rocky
Johnny Depp's attorney Camille Vasquez revealed to be dating Brit
Wagatha Christie: Rebekah Vardy storms out of court just 30 minutes into final day
Phillip Schofield struggles to stay composed as guest reveals alien lover after getting sick of 'Earthmen'
'Wow, hats off to her! Sick remark from Bobbi Anne McLeod's killer after she survived 12 hammer blows
You may also like
Entertainment
Gogglebox sparks Ofcom complaints over X-rated scene between woman and a duck
Entertainment
Gogglebox fans have only just realised the Malones have another child
Entertainment
Gogglebox on hunt for new family following complaints from viewers
News
Gogglebox fans call for ban after Friday episode hit with complaints
Entertainment
Applications to appear on the next season of Gogglebox are now OPEN
Next Page