As an adult, you sometimes forget what mattered - and quite how much it mattered - when you were a little kid. Life at a tender age has its own form of trouble and heartache. It may seem trivial now, but at the time it was everything. 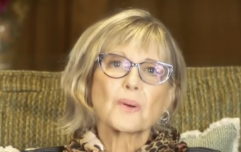 END_OF_DOCUMENT_TOKEN_TO_BE_REPLACED

Part of the success of the Toy Story films is that they remind us of what it was like to be child again. When you made up imaginary worlds, and your favourite toys were your constant companions. And then, eventually, you let go.

But is it the same for the kids of today? With all the technology and distractions of modern living, do they really care as much as we did. Judging from the junior Goggleboxers on Saturday's airing, the answer is most definitely yes.

The producers of Gogglesprogs decided to show their pint-size pundits the last part of the Toy Story trilogy, and the very final scene in particular. You know the one - when a 17-year-old Andy has to finally say goodbye to his beloved Woody.

Animation or not, it's a deeply affecting scene, and it clearly moved the child channel-surfers. Ashton from Neath in Wales in particular was moved to tears. Bless...

popular
Incredible case of the only known individual whose parents were two different species
Jurgen Klopp reacted like everyone else to Darwin Nunez headbutt red card
Man, 27, who is engaged to great-great-grandmother, 74, slams critics of his 'perfect' relationship
Landlord faces £40k fine after tenant puts swimming pool on roof of flats
Bulgarian mystic who correctly predicted Princess Diana’s death and 9/11 sees 2022 prophecy come true
Graeme Souness 'doesn't regret a word' of 'man's game' comments that sparked sexism row
Angry woman confronts blind man at gym and accuses him of starting at her
You may also like
News
Ghislaine Maxwell's Christmas dinner menu in jail revealed
Entertainment
Mrs Brown's Boys: In defence of one of the most divisive shows on TV
Sport
12 sports documentaries you need to watch this Christmas
Sport
The best and worst Premier League managers to spend Christmas day with
Entertainment
Christmas TV: The ultimate guide to the best movies and shows this festive season
Next Page