We're not fully sold on this one

"My name is Maximus Decimus Meridius, Commander of the Armies of the North, General of the Felix Legions, loyal servant to the true emperor, Marcus Aurelius. Father to a murdered son, husband to a murdered wife. And I will have my vengeance, in this life or the next."

END_OF_DOCUMENT_TOKEN_TO_BE_REPLACED

An iconic line in the Oscar-winning epic Gladiator, but one thing is worth remembering, Russell Crowe's character did get his vengeance before dying at the Colosseum.

In terms of self-contained stories, Ridley Scott's film is practically perfect as it won five Oscars, reinvigorated the swords-and-sandals-style epic, made Crowe a global superstar and gave great roles to the likes of Oliver Reed, Richard Harris, and Joaquin Phoenix.

However, rumours about a sequel have circulated for years and with Scott showing a willingness to direct/produce sequels and reboots of his previous work - Alien: Covenant, Blade Runner 2049 - it appears that a return to Rome is on the cards.

Scott is attached to direct the Gladiator sequel and during interviews for Men In Black: International, the producers of Gladiator 2, Walter F. Parkes and Laurie MacDonald, spoke with HeyUGuys about the sequel.

"We’re working with Ridley," they said.

"That’s one we wouldn’t touch unless we felt in a way to do it was legitimate. We’re working with an amazing writer as well — Peter Craig (The Town, Top Gun: Maverick). It picks up the story 30 years later… 25 years later.”

Various rumours have circulated about what the story might actually involve, with some speculating that Lucius, son of Lucilla (played by Connie Nielson in the original) and nephew of Commodus (Joacquin Pheonix), will be the main character.

END_OF_DOCUMENT_TOKEN_TO_BE_REPLACED

That decision would make sense if the sequel leaps forward two decades.

However, this isn't the first time that a sequel to Gladiator has been discussed. In 2013, Nick Cave said that Russell Crowe wanted to star in a direct follow-up.

There's the glaring issue here that Crowe's character, Maximus Decimus Meridius, actually died at the end of the film.

When Cave appeared on the WTF with Marc Maron, he talked about the time he spent working on the script for Gladiator 2. 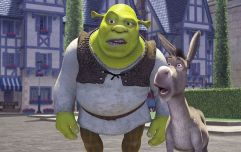 END_OF_DOCUMENT_TOKEN_TO_BE_REPLACED

"So, he goes down to purgatory and is sent down by the gods, who are dying in heaven because there’s this one god, there’s this Christ character down on Earth who is gaining popularity and so the many gods are dying so they send Gladiator back to kill Christ and his followers."

"I wanted to call it Christ Killer, and in the end you find out that the main guy was his son so he has to kill his son and he was tricked by the gods," Cave added.

"He becomes this eternal warrior and it ends with this 20-minute war scene which follows all the wars in history, right up to Vietnam and all that sort of stuff and it was wild. It was a stone-cold masterpiece. I enjoyed writing it very much because I knew on every level that it was never going to get made. Let’s call it a popcorn dropper."

Whatever direction Gladiator 2 takes, here's hoping that this angle is ignored.

popular
New video of Wayne Rooney on night of ‘stitch up’ pics emerges
Simone Biles speaks out after withdrawing from team gymnastics finals
Conor McGregor deletes disgusting tweet about Khabib's dead father
Coleen Rooney vows to stand by Wayne after semi-naked hotel picture 'stitch up'
Simone Biles pulls out of Olympic women’s gymnastics team final
QUIZ: Can you name these 5 players from their career paths?
Police find 48TB of 'mostly adult' material in Shilpa Shetty's home after husband's arrest
You may also like
Entertainment
Man points out incredibly dark moment we all missed in Shrek
Entertainment
Pierce Brosnan thinks Tom Hardy or Idris Elba should be next Bond
News
Jack Black pays tribute to School of Rock co-star Kevin Clark who died aged 32
Entertainment
Superbad is officially the funniest film of all time, according to science
Entertainment
Meghan and Harry saga turned into TV show called 'Escaping the Palace'
Next Page