Cult developer From Software are known for their insane difficulty levels

Game of Thrones creator George RR Martin is reportedly set to get involved with the world of video games. 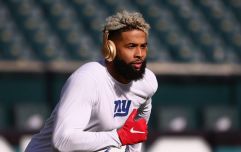 END_OF_DOCUMENT_TOKEN_TO_BE_REPLACED

Rumours are circulating that he is working on a project with cult Japanese developer From Software, best known for the Dark Souls games.

In a new blog update, George RR Martin says “consulted on a video game out of Japan.”

A source for Gematsu expanded on this, saying that the project has been known internally as 'GR', and has been in development for the last three years. It is thought to be an open-world game, with horse riding part of the gameplay.

It is believed that the game will be announced at E3 this year, and will be published by Bandai Namco. 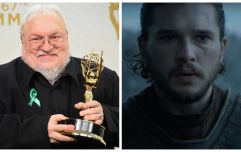 END_OF_DOCUMENT_TOKEN_TO_BE_REPLACED

From Software have built up a devoted following with their Dark Souls and Bloodbourne franchises. In particular, they are known for making their games ludicrously difficulty. Their most recent release was Sekiro: Shadows Die Twice, an action-adventure game set in feudal Japan, and did nothing but reinforce that reputation.

Game of Thrones the TV show ended this week, but the A Song of Fire and Ice novels still remain uncompleted.

"I’m writing," said Martin, in an update to fans in the same blogpost. "Winter is coming, I told you, long ago… and so it is. THE WINDS OF WINTER is very late, I know, I know, but it will be done.  I won’t say when, I’ve tried that before, only to burn you all and jinx myself… but I will finish it, and then will come A DREAM OF SPRING."

"How will it all end? I hear people asking.   The same ending as the show?  Different?"