It’s a great time to be a Victorian lesbian

In recent years, there have been the famous Sarah Waters novels, Fingersmith and Tipping the Velvet, both adapted for the BBC. Then lesbian period drama became a Hollywood genre of its own, with films like Collette starring Keira Knightley, the Oscar-winning The Favourite and the South Korean The Handmaiden hitting the mainstream. There’s obviously something about sexually repressed women and all those corsets which keeps us coming back.

And now Gentleman Jack is on BBC One, which thankfully sets itself apart from these other lesbian period dramas by offering a much-need light-hearted approach to same-sex relationships on screen.

Movies about lesbians are often painfully serious and overly dramatic. We’re used to scenes with two women staring at each other longingly, breathing loudly while one touches the other slowly on the shoulder, without even kissing. But Gentleman Jack is remarkably lively and, unlike other period dramas, it’s funny. Though The Favourite was similarly campy and modern, it was more than a bit full of itself. Lesbian dramas might be becoming mainstream, but they rarely make it into the realm of BBC comedy rather than pretentious art-house picture.

Based on decoded diaries, Gentleman Jack tells the true story of Anne Lister, a land and business owner who wants to find herself a wife with money. The series presents a female protagonist who is unapologetically selfish. She is uncompromising in business, snobbish towards lower classes and even members of her own family. While viewers don’t necessarily like Anne, it’s a refreshing take on the Victorian woman. The submissive and lifeless stereotype is replaced by a swaggering an arrogant one. And the series was even written and created by women – imagine!

Anne Lister is also actually a lesbian, which is surprisingly uncommon in lesbian drama. She is not married to a man, discovering her sexuality for the first time, only to return to her husband afterwards. She is an intelligent, womanising, butch gay woman who seduces ‘straight’ women. She is hardened by heartbreak but soft on the inside - think Mr Darcy. 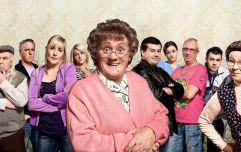 END_OF_DOCUMENT_TOKEN_TO_BE_REPLACED

Gentleman Jack uses Fleabag-style asides to camera and the occasional well-timed eye-roll. The humour is modern, the dialogue naturalistic. Anne Lister boasts to camera about her sexual achievements and her sister provides comic relief whenever Anne is especially arrogant. Rather than the ‘I would die for you’ love typical to lesbian dramas, the romantic plot is complicated.

The protagonist has a practical approach to relationships, and there is an intriguing power dynamic between the bold Anne Lister and the terrified Ann Walker. The sex scenes are explicit but brief and further the plot or comedy, rather than titillate male viewers. O'Hooley & Tidow’s jaunty theme-tune is also good fun, sustaining an image of Lister as a womanising Lothario. And, so far, none of the lesbian characters have died, committed suicide or got cancer, though there are still two episodes left.

That being said, the series does address serious issues. The last episode saw Ann Walker begin to hear voices telling her she was disgusting and would burn in Hell - the real Ann Walker was eventually institutionalised with mental illness. The series doesn’t ignore the issues of the day. It also addresses the fact that while sex between men was illegal, sex between women was overlooked because it was deemed impossible. Queen Victoria was famously supposed to have claimed lesbians didn’t exist, but Anne Lister proves they always have.

But Gentleman Jack ensures her story is empowering, not tragic.

popular
Can you identify these cheeses just from a picture?
The JOE Friday Pub Quiz: Week 227
UFC fighter axed from Conor McGregor card after bizarre security breach
QUIZ: Match The Simpsons quote to the character who said it
Eminem stuns Dana White by telling him his opinion "doesn't matter"
QUIZ: Name all 50 of these Football Italia era players
QUIZ: Name these pixelated 'Game of Thrones' characters
You may also like
Entertainment
BBC newsreader cracks up on air presenting story on man playing piano for monkeys
Entertainment
BBC Radio 1 says it won’t play original version of Fairytale of New York this Christmas
Entertainment
BBC confirms Line of Duty Season 6 will air by March 2021
Entertainment
Graham Norton has announced he is leaving BBC Radio 2 after ten years
News
New BBC rules ban journalists from 'virtue signalling' on social media
Next Page