You know nothing, Jon Snow.

If you've been living under Casterly Rock for the last few years and are still completely oblivious to the events of Game of Thrones, consider this to be your spoiler alert warning.

END_OF_DOCUMENT_TOKEN_TO_BE_REPLACED

With Season 8 set for release in 2019, it's clear that the Great War is here and the dead come with it. As things currently stand, Jon Snow still has no clue about his lineage or claim to the Iron Throne. Yep, things are going to get very strange for the King in the North when he realises that 1) he's after having sex with his aunt, 2) his real name is Aegon Targaryen and, 3) he's the rightful heir to the Iron Throne.

We imagine that there's going to be a very interesting conversation between Jon and Dany in the future!

END_OF_DOCUMENT_TOKEN_TO_BE_REPLACED

Anyways, with the Night King's forces advancing beyond The Wall, it's clear that something has to give and while the future of the Seven Kingdoms remains uncertain, it appears that we're going to get another look into the murky past.

As stated previously, Prince Rhaegar Targaryen is absolutely central to the plot of Game of Thrones and after getting a glimpse of Jon's proper father at the end of Season 7, it appears that we're going to get even more backstory in the upcoming episodes. 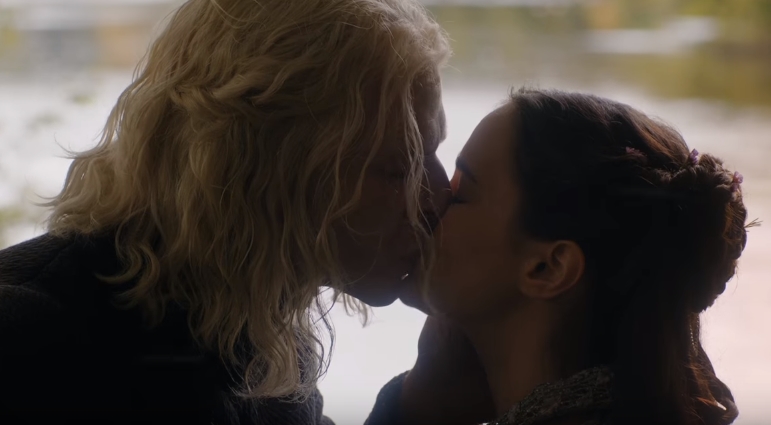 Actor Wilf Scolding plays Rhaegar in the show and he quickly deleted this Instagram image that was taken outside of the Europa Hotel, Belfast.

END_OF_DOCUMENT_TOKEN_TO_BE_REPLACED

Surely the fact that he deleted it is telling.

If we had to guess, we reckon that there might be a scene in Season 8 that depicts the pivotal importance of The tourney at Harrenhal - you can read more about its vital importance here.

Mmm, if it's not that, could we then be getting a glimpse of a young Robert Baratheon taking on Rhaegar at the Battle of the Trident in the new season?

We can only hope.