The full trailer for the fourth series of Netflix hit The Crown has been released, offering fans a first glimpse into Gillian Anderson's performance as Margaret Thatcher.

Fans are evidently excited to see Anderson, who also starred in The Fall and Sex Education, as the Iron Lady, as her name trended on Twitter following the release of the trailer.

Actress Amy-Leigh Hickman tweeted: "Confirmed. Gillian Anderson can do ANYTHING." 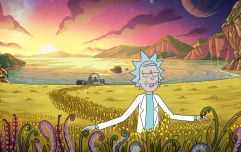 END_OF_DOCUMENT_TOKEN_TO_BE_REPLACED

Olivia Colman will continue to play the role of Queen Elizabeth II in the show, which will depict the Thatcher years of the 1980s. It will be Colman's last outing as Queen Elizabeth II, with Imelda Staunton set to replace her for the fifth and sixth series of the show.

The Crown season four will be available to stream on Netflix on 15 November.

popular
Actor who plays Neil in The Inbetweeners 'embarrassed' to be a Millwall fan
Millwall manager responds to fans booing players who took the knee
Infantino says Wenger's proposal change offside rule would 'stop marginal offsides'
Millwall fans boo their own players as they take the knee before kick-off
The JOE Friday Pub Quiz: Week 220
Paul Merson says Mesut Özil 'has to play' against Tottenham
QUIZ: Fill in the missing club from these players’ career paths – Part 3
You may also like
Television
Charlie Brooker and Hugh Grant team up for mockumentary about 2020 for Netflix
News
David Attenborough quits Instagram just two months after joining
Entertainment
The Obamas are producing a Netflix comedy about the Trump administration
Entertainment
QUIZ: Can you name all of these characters from The Crown?
Television
Arnold Schwarzenegger to star in his first scripted TV show for Netflix
Next Page