Freddie Flintoff is in the form of his life; he tells JOE he's fit, flying and demon-free...

Freddie Flintoff is famous for the way he held court in the dressing room; tales of tomfoolery and naked karaoke were common during his days as England's talisman.

The dressing room was a place he adored and in which he thrived, so it's no surprise the 37-year-old has created a new one away from the cricket pitch.

"I enjoyed the dressing room so much when I was playing and really missed it when I left," Flintoff tells JOE.

"So I suppose the gym is like my new dressing room. It’s a very different dressing room with but it’s still good fun."

Meeting at his PR office in West London, Flintoff has to duck as he comes down the stairs; he's 6ft3 with huge broad shoulders. 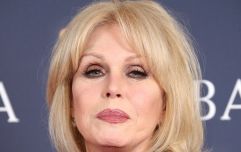 END_OF_DOCUMENT_TOKEN_TO_BE_REPLACED

"I'm in the best shape of my life," he says. "I’ve got a good group of mates who I train with at a gym near my home. We go in after the school run and its full of pensioners, it’s brilliant!

"Eddy is 78, he’ll train with us, Jim is 63," laughs Flintoff. "Robbie Savage is in there all the time too, he’s become a good mate. There’s about 10 of us in total, it's a really nice group and we'll train and sit and chat over coffee afterwards. It’s really good."

It's no secret his days of getting leathered, 'borrowing' a pedalo and running riot around 10 Downing Street are behind him.

It has also been well-documented recently how he's swapped pints and nights out for weights. Why? To beat depression, focus on his family and be sharper at his job. 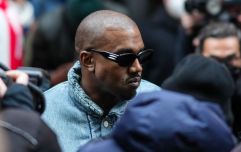 END_OF_DOCUMENT_TOKEN_TO_BE_REPLACED

"It’s not like I'm always saying, ‘oh I’m tee-total’, I just don’t think about drinking," explains Freddie. "I still go out with my mates but I go home when they start getting stuck in. When they're really hammered, I'm like ‘is that what I used to be like?’ I do have a strange smugness the next day.

"When we first started A League of Their Own I used to have a drink to loosen me up, but now I don’t see the point. I do like it I suppose, but it altered my mood...I’m enjoying what I’m doing and I’ve found that whether I'm filming or on stage, I’m a lot sharper.

"My kids are of an age where they’re active and me waking up with a hangover every morning doesn’t make sense."

Even though Flintoff is very health-conscious, he's not a gym and egg-white obsessive: "You can't just train all the time, you have to have a life.

"When I was training (for a stint as a professional boxer), I got abs and everything and I’ve always wanted to be like that but when I got it, I was like, 'what? Is that it?'

"I’ve got more health conscious the older I’ve got but I don’t forsake everything, I eat well but I do snack on stuff in the house but who cares!

"You go to the gym and listen to these people chatting about their abs, they’re obsessed and it is sad really as they dry out, everything dries out….'just have a pizza and smile mate.'"

It's 10 years since Flintoff helped England to a historic Ashes victory. To mark the date he's taken his successful podcast with comedy writer and producer, Clyde Holcroft, on the road in the stand-up show, Freddie Flintoff: 2nd Innings tour.

They've experienced a variety of gigs; some he's wanted to sack off during the break, while others have given him "a real buzz".

He's the first sportsman to perform at Edinburgh Fringe Festival - and even there, surrounded by comedy greats, he took it in his stride.

Self-deprecating as always, Freddie says: "It’s a bit of fun, I'm not changing the world.

"People get carried away at times with what they’re doing, but this is just me and my mate having a laugh."

Freddie Flintoff 2nd Innings will run until October, for tickets go to www.ticketmaster.co.uk.