The first images from The Crown season four have been released, and they give us the first look at both Margaret Thatcher and Princess Diana. 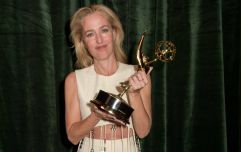 END_OF_DOCUMENT_TOKEN_TO_BE_REPLACED

"As the 1970s are drawing to a close, Queen Elizabeth (Olivia Colman) and her family find themselves preoccupied with safeguarding the line of succession by securing an appropriate bride for Prince Charles (Josh O’Connor), who is still unmarried at 30," reads the official synopsis from Netflix.

."As the nation begins to feel the impact of divisive policies introduced by Britain's first female Prime Minister Margaret Thatcher (Gillian Anderson), tensions arise between her and the Queen which only grow worse as Thatcher leads the country into the Falklands War, generating conflict within the Commonwealth. While Charles’ romance with a young Lady Diana Spencer (Emma Corrin) provides a much-needed fairytale to unite the British people, behind closed doors, the Royal family is becoming increasingly divided."

According to the press release, "the series focuses on the personal intrigues, romances, and political rivalries behind the great events that shaped the second half of the 20th Century."

"The series isn’t simply about the monarchy, but is about an empire in decline, a world in disarray, and the dawn of a new era." 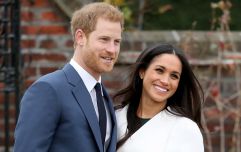 END_OF_DOCUMENT_TOKEN_TO_BE_REPLACED

The fourth season of The Crown also stars Helena Bonham Carter as Princess Margaret, Tobias Menzies as The Duke of Edinburgh, Erin Doherty as Princess Anne, Emerald Fennell as Camilla Parker Bowles and Marion Bailey as the Queen Mother.

The show, written by Peter Morgan, has followed Queen Elizabeth and the royal family over four seasons, starting all the way back with her wedding to Prince Philip in 1947.

Claire Foy played Elizabeth for the first two seasons, with Olivia Colman taking over for seasons three and four.

popular
Prince Andrew 'flew with sex slave' who was 'frozen with fear', court told
Harrowing video shows teen blasted in the face with shotgun - and survive
Ralf Rangnick granted work permit to begin role as Man Utd boss
Actor in Oscar-nominated film dies aged 22 after shooting
Elon Musk shares 'evidence' we are actually living in a simulation
Boy, 11, who doesn't speak good English missing after going to play football
Man suing company after being 'hung upside down like meat' at Christmas party
You may also like
News
The Crown star Emma Corrin recalls buying first binder after coming out as non binary
Entertainment
The Crown should come with a fiction warning, says culture secretary
Entertainment
QUIZ: Can you name all of these characters from The Crown?
Entertainment
The Crown creator Peter Morgan defends fabricating scenes in season four
Entertainment
Full trailer for The Crown season four shows Gillian Anderson as Margaret Thatcher
Next Page