Once the foundation of EA Sports' FIFA games, Career Mode has fallen by the wayside in the last decade, with the popularity of revenue-generating online modes like Ultimate Team pushing it to the back of the queue.

END_OF_DOCUMENT_TOKEN_TO_BE_REPLACED

Every year fans of the mode await the release of the latest edition of the series, hoping against hope that this will be the year that EA Sports begins to take Career Mode seriously, and every year they are left disappointed.

Despite some cosmetic changes to the mode in FIFA 20, it is unfortunately the case this year again.

The big addition to this year's Career Mode is the customisation of your manager. From the off, you're given a huge range of options with regards to your manager's appearance - from their sex to what clothes they wear on the sideline and in interviews.

It's a welcome upgrade from previous years, which saw you offered the choice between fewer than 10 template managers - men in either shirts, suits or tracksuits ranging from their mid-30s to their 70s.

END_OF_DOCUMENT_TOKEN_TO_BE_REPLACED

This customisation creates a positive impression of Career Mode. It feels fresh and different. For a while at least.

Once you choose the club you'd like to manage you are then greeted with the other new feature to the mode: interactive interviews and conversations with members of your squad.

Again, this is welcome. Your responses to your players in private conversations and your answers in interviews have a direct impact on your squad's morale and those of individual players. 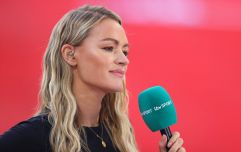 END_OF_DOCUMENT_TOKEN_TO_BE_REPLACED

What impact that morale has on your team's performance is less clear. Playing Career Mode for longer than half a season makes this more and more evident.

The reason that player morale and relationship cultivation works so well in a game like Football Manager is because it features the relevant depth elsewhere to add consequences to your actions.

Fall out with a player, and he may push for a move away, turning some of his teammates against you while he does it. Fail to play in a style that your team enjoys, and you may have a mutiny on your hands. Everything you do has a reaction.

This doesn't happen in FIFA 20's Career Mode. Once the interview scenes end, you get the unshakeable feeling that what you've just said doesn't really matter. Player performance is barely affected by their morale level, and you're unlikely to hear a peep from members of your squad until one of them pops up saying 'Hey boss, you're not thinking of starting [insert player name] ahead of me, are you? I'm in pretty good form'."

This is one of the additions that has been pushed hard in the build up to the game's release, but scratch the service and it becomes painfully evident that there's little more below.

Like the introduction of interactive contract negotiations to the series a few years back, there's little variation in the questions and answers, and it very quickly gets old.

It's particularly disappointing because this is a game that plays well - really well in fact - but is ultimately dented by the lack of options and the stale nature of Career Mode.

It's worth remembering that as far back as 13 years ago - in FIFA 07 - this game had a deep, rich Career Mode.

It was a mode that allowed you to choose your team's sponsor, choose what sort of bonuses you would get from them - based on factors like clean sheets and wins.

You had to keep an eye on team chemistry, which varied on results, and could hire individual staff members like striker coaches, rather than just the option of hiring scouts.

You could hire medical staff to improve your squad's recuperation and recovery time and upgrade your stadium when finances permitted it.

In truth, it was a game that clearly cared about the mode, and to have - more than a decade later - fewer options in Career Mode really says all you need to know about how much consideration it has been giving.

Add to this the number of bugs and glitches in the mode currently - in my first career mode game against Spurs, Harry Kane and Hugo Lloris sat on the bench while Troy Parrott and Alfie Whiteman started - and this point is only hammered home further.

For some, this won't be an issue. Some people buy the game so they can play online with friends, surge up the rankings in FUT or just play offline.

They're likely to be fairly pleased with what they get. The gameplay in FIFA 20 is superb, some of the best the series has seen in a long time. Passes feel realistic, the ball bobbles along the pitch, and mistimed passes are punished.

Shoulder-to-shoulder tussles between strikers and centre-halves have a steel to them and finishing is refined. In short, it plays beautifully and is wonderfully paced. It feels like a different game and is better for it.

All of these positives though only serve to draw attention to just how little has been done to improve Career Mode. For fans of the mode, this neglect may be the straw that broke the camel's back.