The FBI has confirmed that an armed swat team has undertaken a raid on the home of YouTube star Jake Paul.

The spokesperson did not confirm the reason for the raid, but BBC News reports that guns were seen being removed from Paul's house in the Los Angeles area.

The raid took place when Paul was not at home. The spokesperson said that the serach warrant had been sealed by a judge and therefore no more information could be offered.

"The FBI is executing a federal search warrant at a residence in Calabasas in connection with an ongoing investigation," the spokesperson for the US security service said.

"The affidavit in support of the search warrant has been sealed by a judge and I am, therefore, prohibited from commenting as to the nature of the investigation. No arrests are planned."

News crews at the scene say they counted "close to two dozen federal agents" entering the property at a gated community in Calabasas, Los Angeles County.

Jake Paul has over 20 million subscribers on YouTube, but has been a controversial figure, particularly in recent months. 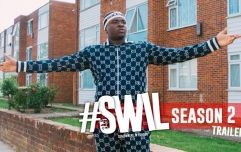 END_OF_DOCUMENT_TOKEN_TO_BE_REPLACED

In June he was arrested over looting during a protest over the death of George Floyd in Scottsdale, Arizona. He was then charged with criminal trespass and unlawful assembly, but Paul has claimed he was not invovled in any looting and was there to film "everything we saw in an effort to share our experience and bring more attention to the anger felt in every neighbourhood we travelled through."

Then in July, he faced more controversy for having a huge party at his home, which was caught on camera and showed attendees not wearing masks or adhering to social distancing advice.

Calabasas mayor Alicia Weintraub said she was "outraged" by the video.