Could he possibly match Jack Nicholson?

If you had to name the greatest horror film all time, you wouldn’t get many complaints by saying Stanley Kubrick’s The Shining. There’s other big names people would throw into the hat – Dawn of the Dead, Halloween, The Exorcist – but Kubrick’s masterpiece is effortlessly rewatchable and full of iconic moments.

Saying that, it received so-so reviews on its first release, and Stephen King himself has said it is poor adaptation of his book.

In 2009, King penned a sequel to The Shining entitled Doctor Sleep. The book focuses on Danny Torrance – the son of Jack Nicholson’s Jack Torrance – who is now a middle aged drifter, and must confront the demons of their past.


As you might expect, the movies rights to Doctor Sleep were snapped up, by Warner Bros. And now Ewan McGregor has been cast as the grown up Danny Torrance, as reported by Variety. 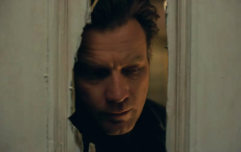 The trailer for Doctor Sleep, the sequel to The Shining, is here

END_OF_DOCUMENT_TOKEN_TO_BE_REPLACED

The film will be directed by Mike Flanagan, who previously made the Netflix Steven King adaptation Gerald’s Game.

Danny Torrance was played by child actor Danny Lloyd in the 1980 version. Despite giving one of the most memorable child performances in movie history, he only acted in one other film - Will: G. Gordon Liddy, a TV movie about the Watergate scandal – before giving up acting for good. He is now a biology professor at a community college in Elizabethtown, Kentucky.

Warner Bros have also been looking to make a prequel to The Shining entitled “Overlook Hotel”.

The Shining was also turned into a TV miniseries in 1997, spread over three episodes. Stephen King gave his approval to that version, as it was much more faithful to his original novel. Jack Torrance was played by Steven Weber, and it is general regarded to much very inferior to the much more famous movie version.