Even at 41, Ronnie O'Sullivan is embracing new sporting adventures

It has probably been a good two decades since Ronnie O’Sullivan could walk down a street in England without being recognised.

The five-time world snooker champion has been a pro since the early '90s, and one of the sport’s most prominent faces for the majority of his professional career. 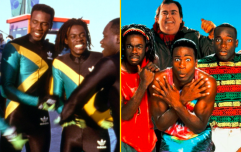 What Cool Runnings got wrong about the Jamaican bobsleigh team

END_OF_DOCUMENT_TOKEN_TO_BE_REPLACED

He is in early-stage talks over a biopic, and has achieved more to elevate snooker’s reputation than probably anyone else currently at the top level of the game.

But in America, where he has spent much of the last year travelling the country and hustling pool, he has gone straight back to those early years of relative anonymity.

“On the whole I'm pretty much anonymous going to a country where snooker isn't a big game,” O’Sullivan tells me in between mouthfuls of chicken and rice.

“It was a lot easier to slip under the radar. It was kind of different but I kind of expected it as well.”

We’re at the London Bridge Hotel, where the 41-year-old is relaxing as best he can ahead of the launch of his new show ‘Ronnie O’Sullivan’s American Hustle’, which debuts this week on HISTORY.

The show is part-road trip, part-sporting challenge, with The Rocket admitting there were times he wasn’t sure whether he was the hustler or the hustlee.

“I know what the top American players play like, but I just assumed most of them play like that because it's quite an easy game,” he reveals.

“To kind of go there and not know what an average player from a bad player from a good player was, I wasn't sure. A lot of the time I was thinking 'is this guy taking it easy with me, or is it as good as he can play'.” 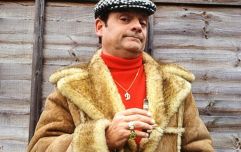 END_OF_DOCUMENT_TOKEN_TO_BE_REPLACED

However, while American pool was the order of the day, it was another variant of the sport that really ended up capturing his attention.

Three-cushion billiards, a game with no pockets that requires a different skillset to either snooker or pool, is a less widely played game, but one which O’Sullivan has grown to enjoy the challenge of.

“I've always watched that game on telly, and I know how hard it is because I tried to play it when I was 15,” he says.

“But I know there's always a route, and when you play the game you see the route - because I don't play it I don't see the route, so it was fascinating to learn about that game.

“I wouldn't have a snooker table in my home but I'd have a three-cushion table with no pockets because it's totally nothing like snooker.

“Even with pool you're still potting balls, and if I wanted to pot balls I'd do that at a snooker table, but this three-cushion game is just amazing. It's quite therapeutic."

How does Ronnie O'Sullivan make it look so easy...? #RonnieHustles pic.twitter.com/irSXTPSeCX 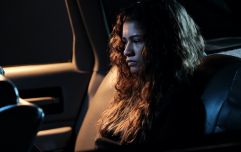 Euphoria: Seven things you need to know for Season 2

END_OF_DOCUMENT_TOKEN_TO_BE_REPLACED

That’s not to say he has fallen out of love with snooker. Indeed, for someone to enjoy close to 25 years at the top of any sport they need to have a level of commitment to match their ability.

While there may have been times when O’Sullivan has attracted criticism for disrespecting opponents - such as with his propensity to play left-handed, something which he has defended and can evidently back up with ability - few others have shown his longevity.

He has already picked up his first title of 2017, beating Joe Perry to lift his seventh Masters trophy, some 22 years after he won that particular tournament for the first time.

"I still get a massive buzz out of snooker because I know that if I'm playing well, it doesn't get any better than this,” he says.

“But with three-cushion, no pockets, it was like starting from afresh - just forget everything you know and be open-minded to whatever they're telling you and showing you.

“I'm always having to learn - when they say 'do this, do that' and it happens for you, it's a good feeling to learn something new.

“You're like a sponge, really, just sapping up all the advice that they've got to give you. I enjoyed that one quite a lot.”

While the trip across America was a bit of a sea-change for a man who had only visited Las Vegas before (“I didn’t like it at all”, he admits), he can expect to be a much more recognisable face if progress is made on the biopic front.

He has been in early-stage discussions with Lionsgate, and admits that it’s nothing more than a potential project so far, but he has given a tentative thumbs-up.

“The great thing about it is the guy didn't really know who I was, but he liked the story from a certain period of my life and thought it would make a film,” he notes with real enthusiasm.

“To think that someone who's into making films thinks there's a story there, that gives it a lot of potential.”

Jack O’Connell has been one of the names floated for the lead role, if it does indeed come to fruition, and O’Sullivan feels that the ‘Skins’ and Unbroken actor would be a good fit.

While not absolutely essential, he feels the Englishman’s love for snooker would absolutely help him ease into the role, which would cover an as-yet-unspecified period of his life and career.

“I know he likes snooker. I know he's interested in doing something along those lines,” he says.

“But as long as they pick someone who I think is a good actor - I don't want to watch my own film and think 'who's this shit actor?' I wouldn't be able to watch it.

“I suppose that's another thing, getting the right person who portrays it in the right way - that's very important or else I wouldn't be able to watch it.”

As he has shown with his road trip, it is never too late to break new ground.

And, after enjoying Memphis, New York and Chicago, what's stopping him from doing Hollywood next?