'Why on earth would they go with a skinny woman in a fat suit?'

Emma Thompson has sparked debate online over the fact that she wears a fat-suit in the upcoming adaptation of Matilda. 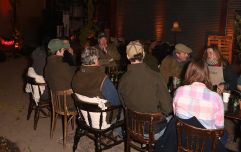 END_OF_DOCUMENT_TOKEN_TO_BE_REPLACED

The legendary actress plays the role of the infamous Agatha Trunchbull in Matilda The Musical, which is a modern-day retelling of Roald Dahl's classic children's tale.

The trailer for the film was released last Wednesday, giving fans a first look at the hotly-anticipated film.

In the trailer, Thompson is sporting heavy prosthetics in the role of Miss Trunchbull, the dreaded headteacher of the school.

END_OF_DOCUMENT_TOKEN_TO_BE_REPLACED

The Oscar-winning actress is also wearing a suit to make her look larger and heavier than she actually is, and it is this that has upset some people.

On Good Morning Britain, Queen Mojo argued that plus-sized actors carry "an energy" that other actors can't bring to a role, and that roles where the character is overweight should only be played by plus-size actors.

Emma Thompson is wearing a fat suit in the latest Matilda movie for her role as Ms Trunchbull.

But some have found the characterisation as 'dehumanising and degrading.' So is it offensive to wear fat suits?

Others seemed to agree, with one person asking "why on earth would they [the studio] go with a skinny woman in a fat suit" for the role.

I wonder if the studio forgot that in Matilda (1996) Miss Trunchbull was an Olympian (1972, shot putter, hammer, and javelin thrower). She was tall, built, thick,, why on earth would they go with a skinny woman in a fat suit??

Someone else said it was "fat phobic" and another labelled it "discomforting."

I'm sure Emma Thompson will be a delight as Trunchbull in the new MATILDA, but there's something so discomfiting about this modern trend of shoving skinny movie stars into fat suits and monster make-up rather than finding interesting people and faces.

I can't believe someone would agree to put a thin person into this costume for Matilda the musical. The original was already fat phobic enough but now they put Emma Thompson into a fat suit. pic.twitter.com/TQRo7GrWoo

But others disagreed, saying that prosthetics are just a part of acting, and that actors adopting roles that are different to their real life is exactly what their job is.

One person wrote: "If you’re p**sed about #EmmaThompson in a Fat Suit playing Miss Trunchbull... a character...

"Then be p**sed about #RobinWilliams as Mrs Doubtfire .. a character."

If you’re pissed about #EmmaThompson in a Fat Suit playing Miss Trunchbull .. a character

Then be pissed about #RobinWilliams as
Mrs Doubtfire .. a character

Another argued that Thompson was being made to look "towering" and "muscular" as oppose to fat.

A distinction should be made between fat suit performances and Emma Thompson in Matilda. Trunchbull is a towering, muscular former Olympic athlete, and Thompson has been outfitted accordingly. Yes, her costuming alters her body’s appearance. But she’s not playing a fat character.

Matilda The Musical is set be released in the UK on December 2 this year.